Why Bitcoin Has Threatened US Dollar Dominance and Federal Reserve

Since the creation of Bitcoin, it has opened Pandora's box of the issues of monetary and financial systems and government power. 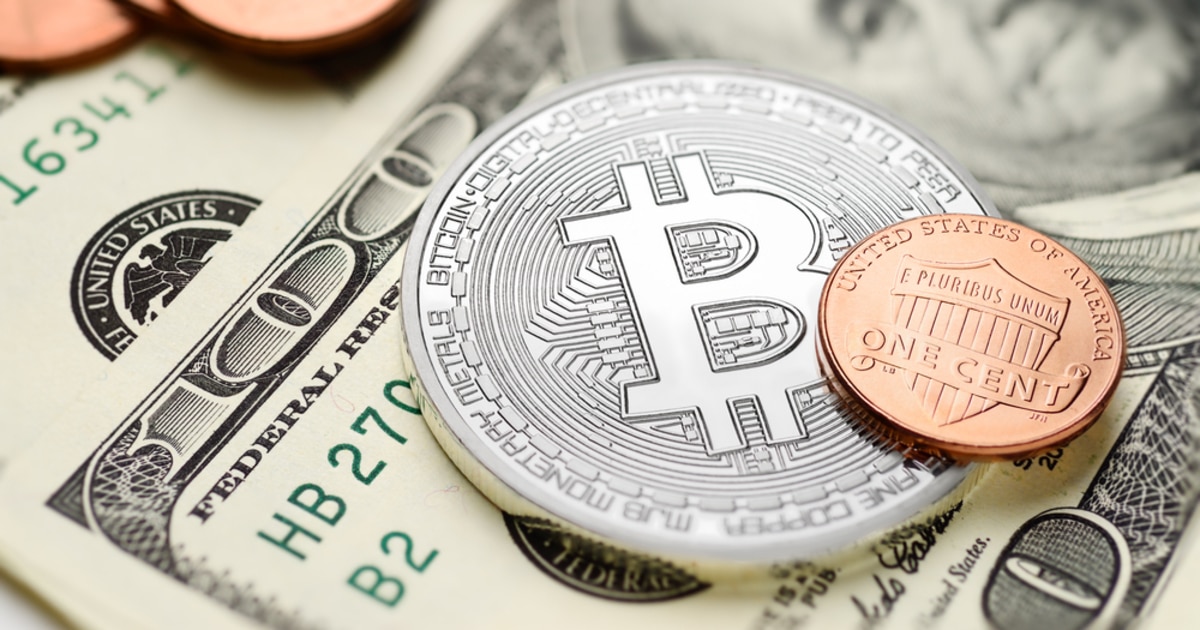 At the time of writing, the Bitcoin market capitalization is around $213 billion, around half of Tesla's, at $412 billion. The Bitcoin market cap could be considered as trivial when compared to the size of the entire stock market. But it has been recognized and invested by more and more institutions gradually. As the best internet currency claimed by Twitter CEO Jack Dorsey, Bitcoin is replacing the US dollar in some scenarios, thus have an impact on those behind US dollars as well.

Bitcoin introduced a new money form—encryption. Bitcoin is a new kind of currency that the ownership is dependent on private key exclusively. Without the correct private key, there is no way to move Bitcoin around, even if it is by the means of law. This introduced to us the notion of “absolutely private property,” for the first time in human history. However, this makes illicit activities more convenient as well. This could undermine the enforcement of confiscation and court decision without private keys. Bitcoin's privacy feature makes tax evasion much more convenient if the address can not be connected to a certain identity.

In most countries, investors tend to store US dollars and gold due to huge fluctuations in their countries' currencies. Bitcoin and other cryptocurrencies such as Ethereum and Ripple are much more convenient for storing and transferring.

When it comes to the issuance of money, Bitcoin directly undermines the power of the Federal Reserve, which has the absolute power of US dollar issuance and monetary policies. After the collapse of the Bretton Woods system in 1973, when the US government refused to exchange the US dollar for gold as agreed, virtually all currencies have been issued based on the national credit, thus removed the constraint of gold supply and reserve.

This then led to a debt-driven economy. The Federal Reserve has unlimited credit for issuing money. For any economic and related problems, they can simply print more money. This doesn't come without costs. The interests of every mounting debt are no doubt unattainable and currency devalued constantly.

The Bitcoin founder of Satoshi Nakamoto has expressed the frustrations several times.

"The root problem with conventional currency is all the trust that's required to make it work. The central bank must be trusted not to debase the currency, but the history of fiat currencies is full of breaches of that trust. Banks must be trusted to hold our money and transfer it electronically, but they lend it out in waves of credit bubbles with barely a fraction in reserve. We have to trust them with our privacy, trust them not to let identity thieves drain our accounts. Their massive overhead costs make micropayments impossible."

In the Bitcoin whitepaper, it read that the cryptocurrency allows "any two willing parties to transact directly with each other without the need for a trusted third party".

Related: Understanding the Fundamental Internal and External Factors of Money

If there is no consensus on money, like gold did before, the competition of money is by its adoption or requirement. The competition is a much likely zero-sum game. There is no doubt that the US dollar is the de facto world currency. As a country's economy is highly influenced by the US dollar, the country's monetary system is highly influenced by the Federal Reserve as well.

Currency dominance has a profound influence on the product and service values of the global value chain as well. There is no doubt the US will try its best to maintain its dollar dominance. The Bitcoin issuance rule introduced a new consensus that is based on computing power and may ignite computing power competition.

Decentralized Finance (DeFi), the new banks and financial institutions on blockchain could serve customers globally without boundaries. They bypassed regulations and traditional financial networks which further undermine the influence of the US dollar and Federal Reserve.

The bank only reserves a proportion of money in the central bank instead of full reserve, which created even more money, especially for large institutions or high-net-worth individuals, who typically have much better credit and thus can borrow money at a lower rate. This becomes more apparent when the economy gets trapped and needs stimulus. This is an ongoing loop and our money gets devalued constantly.

As the US dollar is the standard for settlement, this will further reduce the adoption scope and influences of the US dollar and the Federal Reserve.

Bitcoin is this type of Internet currency that is an essential part of reducing government roles. As Milton Friedman, the 1976 Nobel Memorial Prize winner in Economic Sciences, once said:

"I think that the Internet is going to be one of the major forces for reducing the role of government. The one thing that’s missing, but that will soon be developed, is a reliable e-cash, a method whereby on the Internet you can transfer funds from A to B without A knowing B or B knowing A."

He also predicted the illegal use of such currency.

"You may get that without knowing who I am. That kind of thing will develop on the Internet and that will make it even easier for people using the Internet. Of course, it has its negative side. It means the gangsters, the people who are engaged in illegal transactions, will also have an easier way to carry on their business."

The regulation is tightening in name of public safety, and national security. ICO projects are illegal in the US without registering with the SEC, some projects that faced issues include Telegram and Kik.

On Oct. 6, UK Financial Conduct Authority (FCA) banned crypto derivatives trading for retail investors. On Oct. 8, the US Department of Justice (DOJ)'s Attorney General William P. Barr introduced the Cryptocurrency Enforcement Framework report. The cryptocurrency could be applied to the same regulations as fiat money has.

As stated in the report, besides the Department of Justice (DOJ), a number of regulatory agencies in the United States also have the authority to enforce statutes and regulations that apply to various crypto-related activities. These regulatory agencies include the Financial Crimes Enforcement Network and the Bank Secrecy Act, Office of Foreign Assets Control (OFAC), Office of the Comptroller of the Currency (OCC) The Securities and Exchange Commission (SEC) The Commodity Futures Trading Commission (CFTC) The IRS and Tax Enforcement (IRS) State Authorities.

On Oct 11, the DOJ published an international statement on end-to-end encryption and Public Safety.

As assets are increasingly being represented on the blockchain, the fiat currency as an exchange intermediary is diminished, it is possible to exchange directly on the blockchain without the support of fiat currency. Some countries could potentially provide more friendly regulations for cryptocurrencies to create blockchain innovation opportunities or challenge US dollar dominance.

We are witnessing the denationalization of money and the weakening of the US dollar. However, it remains unclear if there will be a consensus on money issuance among all countries like bitcoin and gold have had.