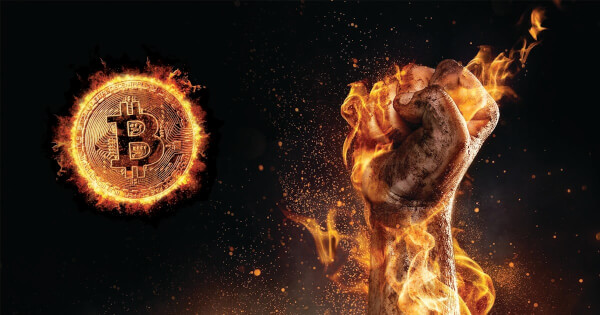 Money has always had a fundamental influence on the development of the world and society's values. Money is a major incentive for our economic society. Everybody knows the importance of money, but how money is created and achieves its value still remains a mystery for most people.

A real consideration of what makes something valuable can be mindblowing and the factors can range from spiritual to utility, but often throughout history, forms of value have been connected to scarcity, things that were difficult to acquire or mine like gold, silver, and diamonds. In the Napoleonic era, aluminum was seen as far more valuable than gold as it was more scarce and difficult to acquire at the time. Napoleon's crown was even made from aluminum to highlight his supreme power as Emperor, but, by today's standards, the prospect of aluminum being more valuable than gold is quite absurd. The design of currency can drive humans toward a collective staple value, as was the case with Gold for thousands of years and later on Gold-backed currency issuance. Blockchain technology, however, creates a new system of value.

Through Blockchain technology, we can create a whole new system of value and even design a new currency with the purpose of bringing true monetary freedom to humans for the first time in their history. To understand the essence of money and its influence on human society, in this article, we introduce six factors to describe money in two categories: internal factors and external factors. 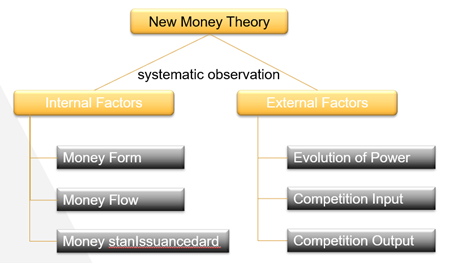 In the previous post "Blockchain Brings Monetary and Financial Freedom", we have already discussed the internal factors that give money value. In this article, we map the relationship between money and its influence on human society, in terms of human incentive, human nature, human welfare, and more—the external factors. We investigate and demystify money in a combination of internal and external factors.

On power evolution and money form

When gold was used as money in forms of gold coins or gold bars, everybody had a consensus on gold itself. No central authority or agency could influence the value of Gold.

Gradually, central and sovereign authorities achieved the power of standardization of gold and maintained the power of supervising thereafter. But gold ultimately proved to be quite inconvenient for trade, so humanity progressed to the gold-backed paper money. We trusted in the paper money issuer and one type of credit was introduced.

Then speculation prevailed. Paper money was not fully backed by gold. The concept of " leverage" and another type of credit were introduced and we need to trust the issuer. This is actually what typical commercial banks have been doing. We can say that it is the inherently physical defect of gold. And leave us to design a better currency without such weakness.

Initially, take gold as an example, the issuance of money is decentralized, everybody can do gold mining. There were once a few gold rushes in history. The standardization of gold gave the authority the power of supervision. Then the authority provided the market with "alternative coins". It is the coin with less gold or mixed with other heavy metals. Then the authority introduced the partial power of issuance. As mentioned above, paper money needs to be backed by gold reserve, be it full reserve or not full reserve. But what would happen if we removed the gold reverse? Well, the money seems to be issued from the thin air. This is exactly how money is issued in our current monetary system. In other words, money issuance is backed by national credit. And authority monopolized the issuance power. You know it is illegal to print paper money by yourself because of no national credit in it.

Where there is a dependence, there is a risk of being influenced or enslaved. In an international relationship, there is a phenomenon where one countries monetary is highly influenced by another country. We call it "money colony".

Will the money issuance right get back to the general public in the long run? Hayek in his famous book "Denationalization of Money" once conceived the vision of private money. This type of private money is different from a period of the gold standard when the gold is the consensus and private miners are reliable providers of gold money. We can devise a new money creation mechanism that has consensus among all people and the creation will benefit all in general. Bitcoin a good start.

On power evolution and money flow

With blockchain, we can reduce the concept set. And the implementation is much simpler. Blockchain provides an alternative to traditionally US dollar-based settlement networks. Blockchain also provides an alternative to the current payment network globally. With the power of money flow transitioned to blockchain-based, we can expect an apparent cost reduction in money flow.

If there is a consensus on the form of money like with the gold standard, the competition evolves into who can get the most money. And we are happy to utilize new technologies to improve efficiency in gold mining. Sometimes, we may even engage in all out conflict in seizing the gold mining field as well.

For bitcoin, it is Proof-of-Work (POW) based. The competition on bitcoin creation is reduced to computing power and power consumption.

For fiat money, there is actually no consensus on money. The money issuance is based on national credit, it is the national credit standard. The fiat money is forced in circulation by government nationally and internationally its values are determined by its adoption or requirement.

This money issuance standard is quite different from gold standard. The competition is a much likely zero-sum game. This can be seen as money colony.

For national credit standards, money is forced into circulation by government nationally and internationally its values are determined by its adoption or requirement. This is quite different from the gold standard. The competition is a zero-sum game. This can be seen as a money colony.

On competition out and money issuance standard

Different competitions lead to different results and side effects.

In the era of the gold standard, we definitely got more and more gold. And as a side effect, we created more efficient ways of mining gold and improving mining tools. Under national credit issuance, actually there is no consensus on money as there was with the gold standard. This standard easily leads to conflict in the money adoption field, like oil, resource, countries. To maintain the dominance or zone of influence, military operation may be incurred. Typically currencies like USD, EURO, and RMB all have tried its way to increase influence in terms of money adoption or requirement. On bitcoin's POW, we get back to a money consensus with unified rules for all. It would waste power and computing power in some sense. But we can guess computing power is the most important factor in a future society where AI and smart machines prevail. Competition on computing power and power efficiency would accelerate the development of our society.

can we design new money issuance standards for a better world? Is the human goodwill currency following God's expectation?

Let's reversal thinking. We first focus on the goal of competition output, our goal here is the development of human society. Let's go deeper, What's the most important and most basic and stable factor(s) that serves for the development of human society? We proposed: take these factor(s) as the input of money issuance. The money issuance standard problem is reduced to the contribution of the development of human society. The is completely new. Since our society is driven by value incentives and we have redefined value creation, this may lead to the reconstruction of our value system. And since basic money is mainly from machine-based algorithms. It shifts our focus from "human-oriented" to "machine-oriented". This is large cooperation on a global scale. We need more research on this topic.