Analyst narratives on why Tesla and Bitcoin crashed yesterday are many and varied, but a look at the Federal Reserve’s minutes from its December meeting could give an indication as the United States central bank officials continue hinting at scaling back QE to avoid wild asset bubbles. 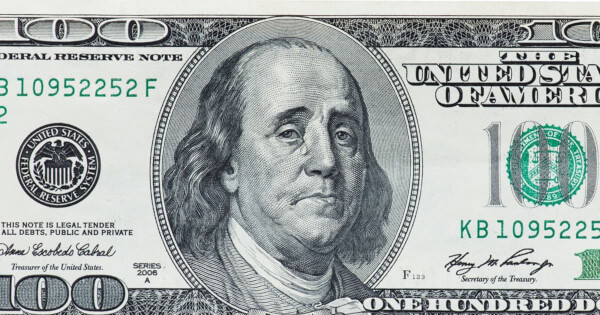 While the Federal Reserve hasn’t directly mentioned Tesla Inc. and Bitcoin, the central bank is clearly not happy about the pervasive talk of asset bubbles and its officials are now all hinting at a scale back on bond purchases—currently expected to see the FED buy up to $80 billion dollars in treasuries per month.

As the meeting minutes of the Federal Open Market Committee (FOMC) December meeting have now circulated after being released on Jan.6—the total cryptocurrency market cap fell by more than $200 billion and the Bitcoin price dropped to $30,229 with altcoins also correctly sharply. Tesla’s market cap also fell to $768 billion with its share price dropped nearly 8% from $880 to $811.

As 2021 began, the stock market has been compared to a lucky slot machine, just close your eyes pick a stock, and watch your money surge. Although the central bank hasn’t said directly that it’s worried about the surging price of Tesla shares and Bitcoin—the subtext from last week’s round of speakers at the FOMC could be interpreted as an early sign that the Fed’s financial stability mandate is starting to weigh on some policymakers who have so far been focused on achieving maximum employment and consumer price stability.

“Bond King” Jeffrey Gundlach, the founder and CEO of the DoubleLine Capital LP said in a recent interview with CNBC TV that Bitcoin looks like a bubble ready to burst. The investor said that the cryptocurrency hit “bubble territory” once it surged above $23,000 and he does not feel conformable with the crypto’s current levels. Gundlach is not alone in his assessment Scott Minerd, chief investment officer with Guggenheim Investments tweeted today:

“Bitcoin’s parabolic rise is unsustainable in the near term.”

“Watching the cryptos trade, it’s EXACTLY like the internet stock bubble. EXACTLY. I think btc, eth , a few others will be analogous to those that were built during the dot-com era, survived the bubble bursting and thrived, like AMZN, EBay, and Priceline. Many won’t.”

Bond traders have been working with the expectation that the US central bank would step in to halt a sustained move higher in yields. Only a month ago, many expected the central bank to alter its asset purchases and buy more longer-dated Treasuries. From the FED officials’ statements in the FOMC minutes from December, these plans appear to have been sidelined and the discussion has turned to how best to scale back asset purchases.

Philadelphia Fed President Patrick Harker discussed the possibility of scaling back while answering questions at a virtual event last week scaling back, he said:

“I could see, potentially, that occurring at the very end of 2021 or early 2022. But it is all going to depend on the course of the economy, which will depend on the course of the virus[…] It could cause disruption in the markets if we try to do it too soon.  So, I have many degrees of caution on this, to just be steady as she goes until we start to really see the economy healing.”

Adding further to the taper talk was Dallas FED President Robert Kaplan who said that while he thinks the COVID-19 pandemic continue to weigh down the economy for most of 2021, the FED should start to consider “when to start tapering” once the economic recovery and the majority of the population. Kaplan said:

“There will be a point at which it’ll be much healthier for the economy and for the markets to be weaning off some of these extraordinary measures.”

“My economic outlook is consistent with us keeping the current pace of purchases throughout the remainder of the year[…] it could be quite some time before we would think about tapering the pace of our purchases.”

Bitcoin, Tesla and Scaled Back QE

As the Federal Reserve continues buying government debt with printed money, inflation will take off along with the national debt. As a result, asset prices were expected to continue to rise, and the dollar would continue to lose value. Besides holding gold or silver, the new form of digital gold—Bitcoin has been gaining momentum with mainstream investors as a hedge against economic turmoil.

As the FOMC meeting minutes circulate and officials continue to hint at a scale back in quantitative easing programs, both Tesla and Bitcoin have now begun to lose steam and are taking a significant breather from their bull runs. How directly this tapering talk has affected the markets is still questionable at this stage, and it could simply be a case of institutional giants now taking some of their profits out of their Bitcoin investment after a 300% in BTC price recorded at the beginning.

The FED officials’ comments toward scaling back asset purchases is now calling into question one of the strongest pillars of the rally in risky assets over the past several months. The Fed now wants to foster a strong labor market and inflation reliably above 2% so that it can eventually operate away from the zero lower bound of interest rates—whether it can make that happen and just how long that will take is the real question.

For now, as the FED appears to be moving towards getting financial stability under control the central bank appears to be very unhappy with the current level of rampant speculation in asset prices and expanding bubbles—the most obvious bubble assets are Bitcoin and Tesla. Although the FED has not specifically mentioned Tesla or BTC, the central bank officials continued mentioning of taper talk last week could be an indication that they will seek to stymie these assets, as well as a driving factor in the recent plunge in both Tesla and Bitcoin.