Institutional Bitcoin Buying Could Push Price to $45K, What Happens When They Start Taking Profits?


Bitcoin surged over 300% in 2020 on a wave of institutional buy-in which has continued a strong push for the BTC price to new all-time highs this year—but what happens when institutions decide to sell? 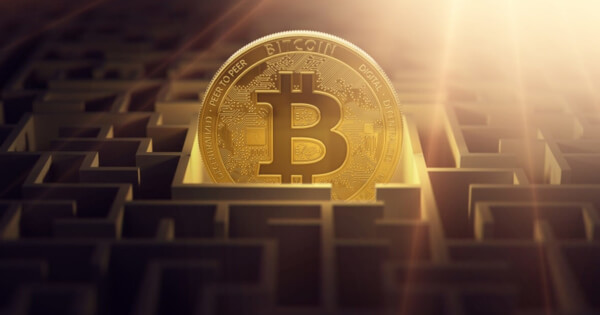 Over the last six months, an increasing number of institutional giants have been buying into Bitcoin. The overall assumption of the Bitcoin market regarding these mainstream players is that they are planning on holding their BTC for years to come—but some in the industry believe that this may not necessarily be the case.

Bitpay’s chief commercial officer, Sonny Singh thinks that if the Bitcoin price continues to rise as it has in the last two weeks—the temptation to take profits may be too great for these institutional firms and their shareholders.

Institutional interest in Bitcoin really began to heat up in the second half of 2020 as companies such as MicroStrategy, Square and mainstream insurance giant MassMutual made staggering investments into Bitcoin.

As Bitcoin began to drop towards $30,000 yesterday, Singh explained that institutions have likely raised the floor for BTC in an interview with Bloomberg:

“A lot of the institutional buyers bought in around $20,000, so that would be my floor for how far Bitcoin could go down.”

Singh argues that while many institutions have claimed they plan on holding BTC indefinitely—they were also most likely not expecting to have doubled their investment in less than 6 months. The Bitpay CCO said:

“All those buyers that bought in, they said ‘Oh were into Bitcoin now for a three to five year time horizon,’ which is great, but I think if Bitcoin hits $45,000 next month or so, they’re going to say, ‘wow we just made 2x, you know, we don’t need that three year horizon anymore, let’s start selling some.’”

MassMutual Insurance famously invested $100 million into Bitcoin in December 2020. The Bitcoin investment is however quite small for the US-based insurance company, whose general investment account totaled nearly $235 billion as of Sept. 30 2020—which suggests that they are looking to hold BTC. Host of “What Bitcoin Did” podcast Peter McCormack echoed this sentiment in a recent interview. He said:

“I was chatting to somebody who works at Skybridge[…] He said the thing you need to understand about MassMutual — they’ve put in $100 million dollars but that’s not a lot of money for them […]They’re not looking to sell next year, or in two years, or five years.”

While the intentions of these institutions appear to be to hold for the long term, Bitpay’s CCO makes an interesting point regarding institutions being tempted to sell and claim some profits as Bitcoin shoots to the moon.

Singh argues that institutional profit-taking could create an unfamiliar and more extreme sales environment for crypto traders. He said:

“Then you start seeing selling pressure of $200 million sell orders come in, which the industry has never seen before […]That could cause a catapulting event to cause things to start going down pretty quickly and could see it go down from 45 to 40 to 35 down to 30 or things like that, but I think the floor would be $20,000.”

While Singh speculated on the not too distant future, he noted that there appears to be a lack of Bitcoin selling pressure at present and he expects the BTC price to rise to between $40,000 and $45,000 in the next month.