As Bitcoin gains further mainstream momentum with US insurance giant MassMutual buying up $100 million in BTC for its portfolio, Bitcoin billionaire Tyler Winklevoss appears to be gaining confidence in his $500,000 per BTC prediction. 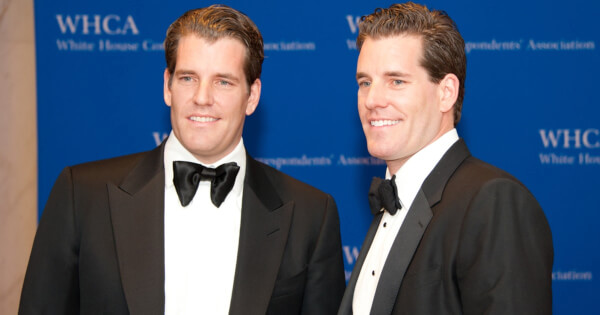 According to the WSJ on Dec. 10, the $100 million BTC investment is actually quite small for the US-based insurance company whose general investment account totaled nearly $235 billion as of Sept. 30 this year.

Gemini crypto exchange founder, Tyler Winklevoss has been very public in his prediction for the BTC price to reach $500K per crypto and replace gold as the preferred safe-haven asset.

While the investment may be a small one for the insurance giant, the move to diversify its portfolio with the pioneer cryptocurrency signifies further momentum for Bitcoin and its acceptance as a safe have asset according to Winklevoss.

MassMutual purchased the Bitcoin through a New York-based fund management company called NYDIG, which has over $2 billion in BTC and crypto-assets under management. MassMutual also acquired a $5 million minority equity stake in NYDIG, as reported by the WSJ.

In a recent interview with CNBC, Tyler and Cameron Winklevoss predicted that the Bitcoin price will surge to $500,000 and replace gold as a store of value with a $9 trillion market cap by 2030.

The Gemini crypto exchange co-founders said in the that Bitcoin is a better store of value than gold and BTC’s market cap will likely grow to around $9 trillion as it transforms into gold 2.0.

According to the billionaire Bitcoin investors, the room for BTC’s price growth makes it a good investment even at its current high levels.

The Winklevoss’s are firm believers in Bitcoin’s and explain its sensational surge as being due to an increasing number of retail and institutional investors realizing that BTC is the best store of value against inflation offering much higher returns than gold.

“Bitcoin Better Investment than Gold," Winklevoss Says to Dave Portnoy Over Talks on Elon Musk’s Plans to Mine Gold in Space