2 Reasons Why Bitcoin Price Should Reclaim $34,000 This Week

The Bitcoin price plunged by over 16 percent on Monday, intraday low of $27,678 where buyer’s kicked in and the BTC price bounced to recover above the $30,000 level. Here's two reasons we expect Bitcoin to reclaim $34,000 by the end of the week. 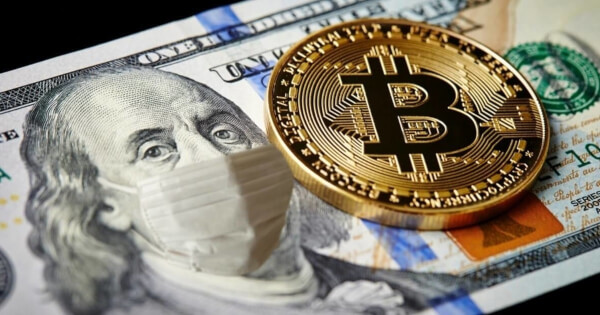 The quick recovery to around $32,800 is a major reminder of why the ongoing Bitcoin price rally is completely different from the one that lead to a complete price implosion of December 2017. Bitcoin has been on an explosive surge from $3,858 in March to $34,810 in January 2021—following the whale crypto sell-off yesterday, a fresh wave of buyer immediately absorbed the selling pressure which is a good indication that BTC is set to continue climbing in 2021.

While selling pressure from BTC whales appears to have caused the short-term price crash, there are still three reasons why Bitcoin should continue to test new all-time highs after this period of consolidation.

The institutional adoption narrative of Bitcoin has been a prevailing one, particularly towards the latter half of 2020 as firms like MicroStrategy led the charge to make Bitcoin is reserve hedge asset eventually purchasing over $1 billion in Bitcoin for its treasury.

Institutions have been flocking to Bitcoin and in the last 24 hours alone two more mainstream financial firms have confirmed their exposure to the BTC market. Singapore-based investment fund Three Arrows Capital has reported a significantly increased position in Grayscale Investments’ Grayscale Bitcoin Trust (GBTC), and now holds 38,888,888 shares. At the time of writing, that position is valued at just over $1.3 billion.

Meanwhile, New York Based investment firm SkyBridge Capital, a leading global alternative investment firm has also just announced the launch of the SkyBridge Bitcoin Fund LP, which provides mass-affluent investors with an institutional-grade vehicle to gain exposure to Bitcoin. Additionally, on behalf of its flagship funds, SkyBridge initiated a position, valued at approximately $310 million at the time of this release, in funds investing in Bitcoin during November and December 2020.  Fidelity will serve as custodian, and Ernst & Young will audit the fund.

"We believe Bitcoin is in its early innings as an exciting new asset class […] With the institutional quality custody solutions available today, we believe the time is right to allocate capital and provide our clients access to the digital assets space."

Despite growing retail demand for digital currency, Wall Street firms have largely avoided the market due to concerns around security. With the launch of the SkyBridge Bitcoin Fund LP, investors will have access to institutional-quality custody and operation, without forcing investors to directly hold Bitcoin.

Bitcoin now trades inversely to the US dollar as the greenback continues to lose purchasing power on the back of excessive stimulus relief money-printing.

At the end of 2020, the dollar closed almost 7 percent lower against a basket of major foreign currencies, meanwhile Bitcoin climbed by more than 300 percent. 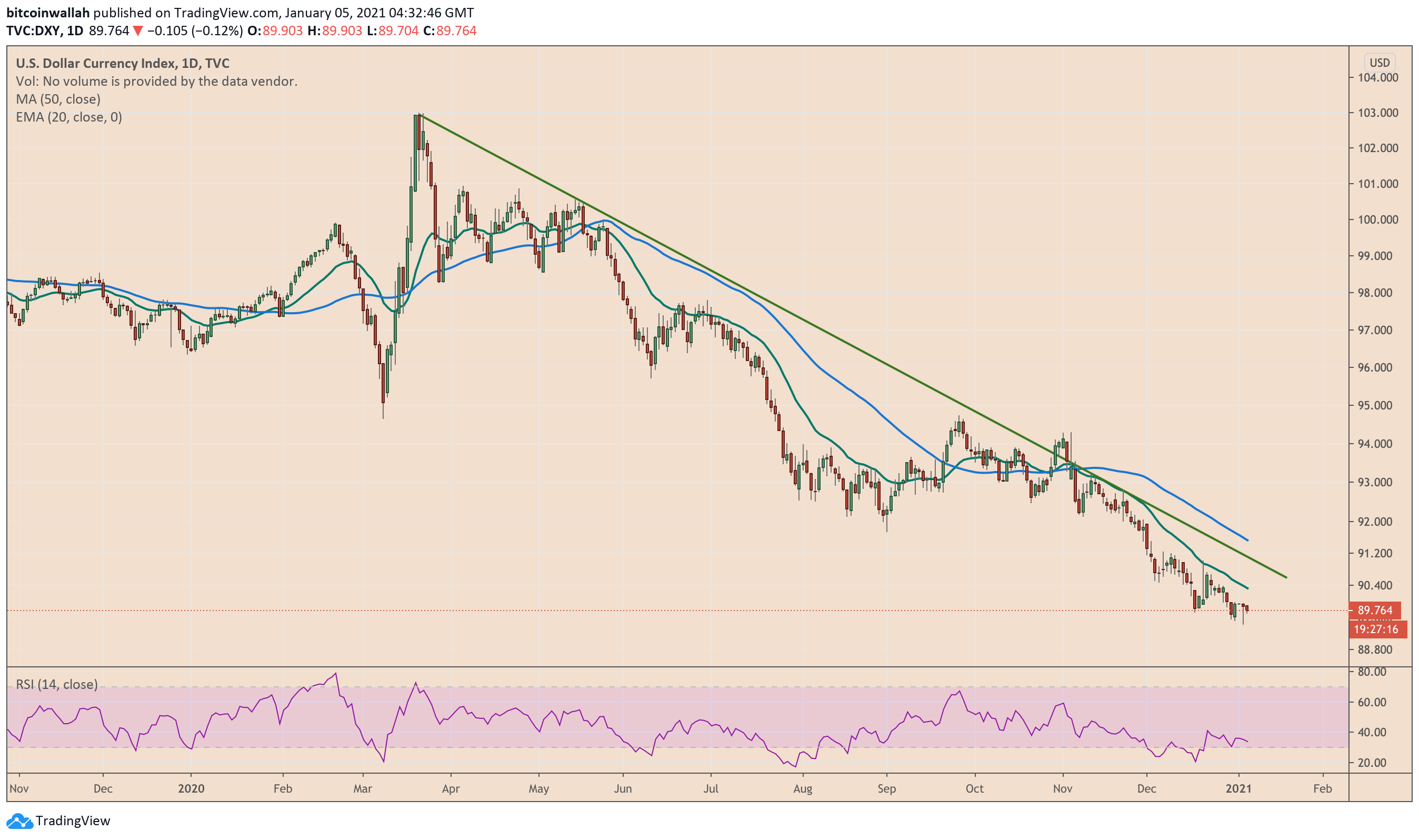 The bearish outlook for the dollar—which opened in negative territory in 2021—is causing a surge in investment in alternative and emerging market currencies.

Bitcoin has served as a hedge against lower bond yields and a devaluating US dollar. The cryptocurrency seems likely to continue to fulfill its “anti-inflation” narrative as analysts anticipate a further decline in the greenback.

Bitcoin’s ability to maintain its bullish narrative could depend on the Federal Reserve’s forward guidance.

The United States central bank is set to release the minutes from its December meeting on January 6. Federal Reserve Chairman Jerome Powell has already revealed that the FED will continue funneling cash into financial markets to avoid a deeper economic recession.

The Fed’s guidance should likely spur Bitcoin bulls to reclaim a BTC price over $34,000 by the end of the week.