Blockchain company Ripple and CEO of the currency exchange network Brad Garlinghouse is suing YouTube for allegedly playing a part in the repeated Ripple (XRP) crypto giveaway scams that have been circulating on the video content platform. 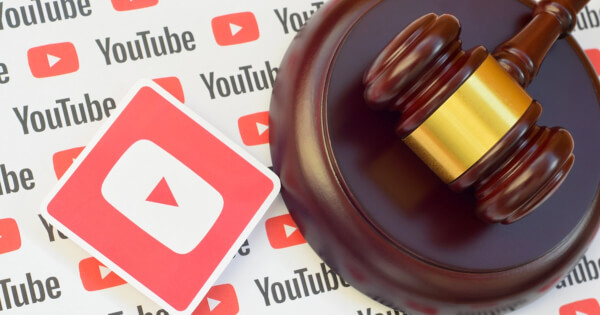 Ripple argued that the video sharing company benefitted from crypto scammer’s malicious channels, as revenue could be generated from the paid ads that played in between video streams.

YouTube’s legal team was quick to fight back, refuting the claims that the company should have been the one responsible for preventing crypto scammers from uploading content that impersonated Ripple.  Furthermore, the circulating videos incited YouTube subscribers to send their crypto assets,  impersonating Ripple CEO Garlinghouse and claiming that crypto enthusiasts would be awarded with Ripple tokens (XRP) in exchange for their efforts.

When countering the lawsuit filed by Brad Garlinghouse, YouTube brought up Section 230 of the Communications Decency Act. Section 230 is a bill that protects video content publishers from liability over content provided by third parties, and YouTube legal team said that it was applicable in this scenario. The video content platform said that it was not the one to be held responsible, as scam channels were not published by them, but by third-party entities. YouTube’s legal team countered the lawsuit by stating:

“The right of publicity law protects individuals' names, images or voices from being used for commercial purposes without permission, but Ripple's suit alleges that a third-party hacker employed Garlinghouse's identity in its videos, not YouTube.”

Scamming via social platforms is not an uncommon thing. In recent news, it was reported that Twitter suffered the hugest Bitcoin scam attack it has ever known. Crypto scammers seized the verified accounts of multiple celebrities and well-known figures such as Bill Gates and Elon Musk in order to line their crypto wallets with Bitcoin funds.