Twitter has never in its history experienced as big of a security breach and crypto hack scam as the one that happened earlier this week. 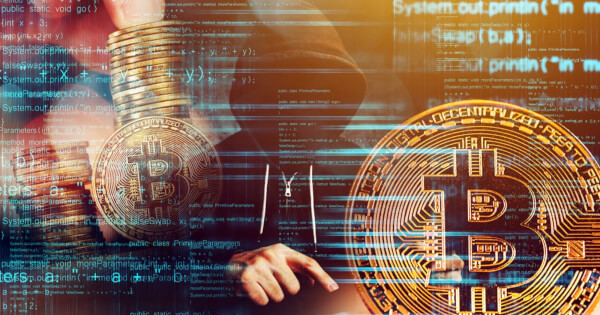 Numerous high-profile accounts ranging from political figure Joe Biden to multi-billionaire Bill Gates were compromised. Coin exchanges, such as Gemini, Coinbase, Bitfinex and more were also targeted.  Last but not least, hackers also seized the verified Twitter accounts of celebrities such as Kanye West and Kim Kardashian in order to fund their Bitcoin digital heist.

The Bitcoin thieves managed to accumulate more than $100, 000 worth of BTC, but further investigations suggested that they could have gotten away with an even larger digital sum – at least $300,000 more of Bitcoin tokens, to be exact.

Coinbase to the Rescue

Coinbase chief security information officer Philip Martin spoke up regarding the Twitter hack attack and said that the coin exchange had picked up on the unusual amount of mass Bitcoin transfers minutes into the ongoing scam, taking matters into their own hands and intervening quickly.  He said that a minute into the scam attack, the US crypto exchange noticed the unusual tweets happening on the Gemini and Binance platform.

Taking matters into their own hands, Coinbase, the largest US crypto and Bitcoin exchange around the world, quickly prevented more than 1000 Coinbase customers from sending a total of 30.4 Bitcoin.  That would have translated to $280,000 in fraud, a significant financial repercussion. It also turned out that the crypto exchange was next in the line in the list of targets the Bitcoin hackers hit.

According to Martin, only 14 Coinbase users were able to send crypto funds to the scam Bitcoin address, before security measures were activated. The 14 Coinbase users transferred around $3,000 worth of Bitcoins before the illegal crypto wallet address was blacklisted by Coinbase.

Other Bitcoin exchanges, such as Gemini, Kraken, and Binance, all confirmed that they had also prevented crypto assets from flowing into the hackers' digital address. However, their combined users did not send nearly as much Bitcoins as did Coinbase users. Chief Executive Officer of Kraken, Jesse Powell, expressed through writing, regarding the Twitter security breach:

“This hack shows that security is about layers of protection. Somebody has to be watching the admins and setting up alerts to watch for these vulnerabilities."

Collaboratively, the crypto exchanges managed to blacklist the Bitcoin addresses used by the unknown schemers, exerting damage control from their side.

One of the twin founders of the Gemini crypto exchange, Cameron Winklevoss, addressed the privacy breach and assured his crypto clients,  saying that the Gemini account was protected by a two-factor authentication step and that it used a strong password. However, due to the compromise, investigations are still being conducted and further updates will be provided later on.

Investigative Reports: Who are the Fraudsters?

On Twitter’s end, the social media platform was reported to have restricted access to all verified accounts. Tweets were suspended temporarily, as the social platform worked on fixing the breach.

Officials are still investigating the case in further detail. The fraudsters’ identities have not yet been revealed, but investigators have uncovered that the operation might have been an “inside job.”

An employee must have provided high-security internal admin access and detail for the scammers to pull off such a large-scale stunt. Officials are working on tracing the hacking activity.