Will Crypto Assets Have a Future in Russia After All? State Duma Passes DFA Bill

The State Duma of Russia passed a law regarding digital financial assets (DFA) in the financial bill’s third reading, which determined the fate of Bitcoin and other cryptocurrencies. 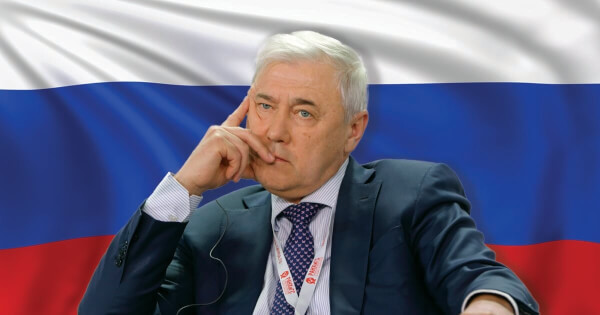 Russian Parliament: How It Works

Russian legislative system is separated in different readings for different bills, to determine the criteria for law adoption of each proposed regulatory rule. Each bill undergoes three readings as it transitions from a draft to adoption phase. The third reading, which is the final one, therefore is associated with final adoption.

The DFA bill, named “On Digital Financial Assets,” decrees that on January 1, 2021, transactions with cryptocurrencies involved will be legalized. However, the catch is that crypto enthusiasts will not be able to use Bitcoins (BTC) and altcoins as a form of payment, but rather, they would have to conduct business payments with fiat money.

“On Digital Financial Assets” bill also has no concept of “token” or “mining” in it, as the Russian parliament has rectified the bill during the second reading and removed these notions from the draft.

Though crypto-relevant transactions will be legalized, Russia is currently still waiting for the autumn session in order to draft up a final law, that will determine the specifics on the actual regulation of cryptocurrency.

Bill Dictates What “Digital Currency” Is

Under the DFA bill, an investor can therefore hold BTC funds. However, the crypto asset is not recognized as an international monetary unit of Russia or a foreign state. The DFA official document also defines what Russia considers as “digital currency” from a legal viewpoint. Crypto assets can be used as a store of value; however, Bitcoins and other cryptocurrencies are neither an international currency, nor a currency of a foreign state or Russia.

Therefore, according to the State Duma overlooking the Financial Market sector, crypto assets, such as Bitcoins, cannot be used to pay for goods and services.

BTC is Out, But Stablecoins Are In

Though Bitcoins and altcoins will not be allowed to replace fiat payments, the newly adopted “On Digital Financial Assets” bill will allow local businesses to issue stablecoins, which is self-explanatory in that it is a “stable” token that is usually set to fiat currencies, such as USD. Head of the State Duma’s Financial Market Committee Anatoly Aksakov confirmed that Russia will be able to use stablecoin tokens and also exchange them for other assets, which include but are not restricted to digital assets that were issued abroad.

Though this may be considered as huge improvement from criminalizing cryptocurrencies– a move that Russia was planning to implement – Chairman of the State Duma committee Anatoly Askakov has made his stance on cryptocurrencies very clear in the past, making it known that he disliked cryptocurrencies of any sort. He stated emphatically that if it was not for Russia’s official currency, Ruble, Russian government would not adopt it.

At this very moment, while the DFA bill provides the basis of Russia’s crypto legislation and is set to be adopted by January 2, 2021, the global crypto community is still awaiting legal action regarding the regulation of the cryptocurrency industry in Russia as a whole. That will be dictated by another bill, set to be introduced in the autumn session.