The State Duma is discussing its legislative plans regarding Bitcoin (BTC) and cryptocurrency usage and has been reported to seemingly have a change of heart regarding digital assets adoption in Russia. 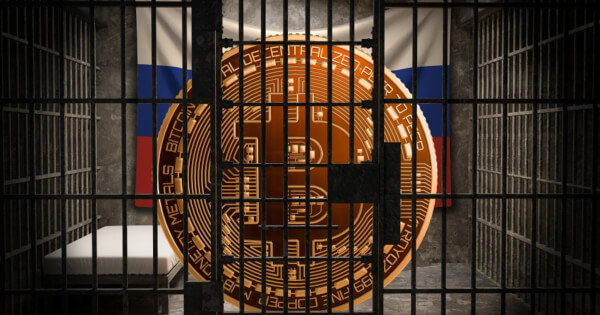 Previously, the Russian parliament was planning on banning all forms of cryptocurrencies once and for all. This implication would have brought severe repercussions for the Russian crypto community, as it would have meant that Bitcoin and altcoin owners would face serious jail time or be slapped with a huge fine if they did not comply with regulations. The rumors around the legislation has caused quite a ripple, as Russian officials have been arguing about crypto regulation since January 2018.

However, recent reports indicated that the Russian parliament is discussing the amendment of their legislation regarding cryptocurrencies. Rather than putting Bitcoin and crypto investors behind bars for their involvement with crypto assets, they are thinking of a less punitive law to regulate cryptocurrency use in Russia.

Legislative readings on the Digital Financial Assets (DFA) bill in Russia are scheduled in different sessions, and the State Duma has been thinking of passing their proposal for digital financial assets (DFA) in the autumn one. Russian financial regulators have in fact been hard at work reviewing a newly revised version of the DFA bill, that would not criminalize Bitcoin. However, it is safe to say that there will be imposed regulations regarding cryptocurrencies. During the preparation of the DFA bill for the second reading, industry concepts such as “mining” and tokens” were removed. All that was left was a link indicating that the regulation of crypto assets would be determined in another law; this would be “adopted in the autumn session,” Askakov confirmed.

One thing is for certain: there will be “no responsibility in this bill” and criminal liability for digital currency use may be waived. As for smart contracts, ICOs and mining in Russia, legislation has not yet been determined.

State Duma - Not a Crypto Fan

Though many may view this as an improvement from straight up jailing crypto investors, Russia’s State Duma has been firm in the past regarding its stance regarding Bitcoins and altcoins- it simply does not like it. Chairman of the Duma committee Anatoly Askakov spoke up regarding crypto and expressed his views. He is one of the officials overlooking Russian financial market regulations:

“On the one hand, this is a means of payment in the form of an electronic digital code, but at the same time it is neither an international monetary unit, nor a monetary unit of a foreign state or the Russian Federation.”