There has been a lot of frenzy ongoing for traditional and crypto markets, with Bitcoin surging for the first time in months and crypto investors jumping at the occasion. 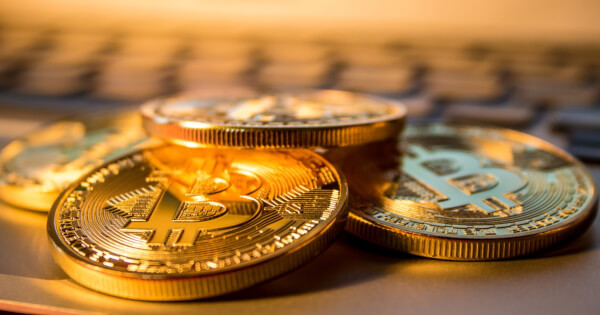 Why Is BTC Soaring?

Nigel Green, CEO and founder of financial consultancy firm deVere Group, addressed Bitcoin’s bullish traction on the crypto market and boldly stated on his Twitter platform that the cryptocurrency was potentially going to “knock gold from its long-held position” of being a safe-haven asset. On traditional stock markets, when stocks drop in value and inflation rises, the trend appears to be to invest in gold, seeing as it is deemed a safe investment.

Green furthermore elaborated and tweeted that the Bitcoin value on the trading market was “surging in tandem with gold on US-China tensions." As sociopolitical tensions and power struggles are heightening between USA and China, the world’s two largest economies, Green is saying that there is a lot of potential of Bitcoin bullishly soaring even more, if new crypto investors and established BTC bulls took matters into their own hands and diverged from traditional stocks.

As if to prove the truth behind his educated statement, it appears that investors are very much branching out from traditional stock markets, with the global economy going downhill due to the ongoing pandemic and political battles. Bitcoin therefore may regarded by many to be more and more of a safe-haven asset.

Gold Is Also Soaring to The Skies

The price of gold has also been escalating, much to experts' amazement. A lot of financial investors are speculating that this phenomenon may be due to the worsening of US-China trade and political tensions. Others looked at the economic stimulus package that US plans on delivering and as an explanation, they pointed to the drop of the US dollar resulting from mass money printing.

Investors may therefore turn more to gold and Bitcoin as hedges, leading to a surge in value for both financial assets.

Gold Takes Everyone By Surprise

The jump in gold came as a surprise to many market experts. It is regarded as an unusual phenomenon, because stock prices have also escalated recently, after a drop in early March when COVID-19 began spreading across the US.

Usually seen as a safe haven when stocks are falling or when inflation is rising, the rise of gold comes as a shocker for many, because none of the two mentioned phenomena are currently happening.

Gold-advocate and Euro Pacific Capital CEO Peter Schiff does not appear to share Green’s views on Bitcoin being a safe-haven asset, as the investor has long been known to be “team gold.” On July 27, he tweeted that in light of COVID-19 and the economic downfall resulting from it, the US Federal Reserve “will keep printing dollars until the dollar crashes.” In his opinion, gold investors are fully aware of this mass printing strategy, and so gold will keep on soaring.

What's Next For BTC?

As for Bitcoin, since its recent surge past the $10,000 checkpoint on Monday, crypto investors are now interested in seeing the cryptocurrency reach the next mark – set at a critical $10,500.