Bitcoin Wakes Up from Slump and Surges, While Gold Rallies

Bitcoin, often dubbed “digital gold” by crypto enthusiasts, has just recently surged past the $10, 000 mark, after months of being in a slump. 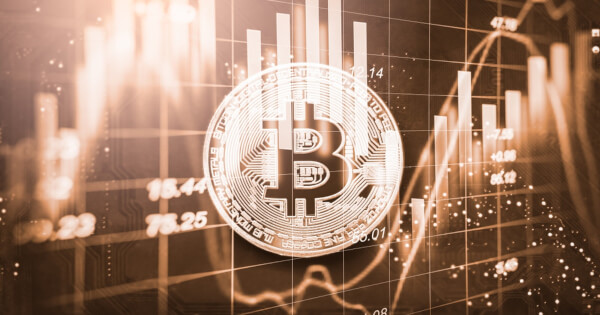 As the value of the USD has been depreciating with the mass printing of stimulus checks deployed by the US government for pandemic repercussions relief and with gold finally responding with a price rally, Bitcoin (BTC) has finally gained some bullish traction on the crypto market.

The cryptocurrency has been hovering around the low $9000s in value for the longest time and had received a lot of criticism from big players in the crypto industry. Binance CEO Changpeng Zhao (CZ) had commented on it earlier last month and said that he was unsure what it would take to bring Bitcoin out of its slump. However, he did add that maybe time would change the game for BTC, and it seems as if his prediction came to life.

With the USD being printed in bulk by the US government in the goal of delivering a second round of stimulus packages to the population, many investors have switched to cryptocurrencies as a hedge.

In fact, it was even reported by crypto exchange Coinbase that many Americans had used the first stimulus check of $1,200 USD delivered by the government towards investments in BTC. Crypto advocates tout Bitcoins and altcoins as a means to protect their wealth from government procedures such as economic stimulus packages, which are often regarded as inflationary.

Before the bullish surge on July 26, Bitcoin had been reported to be stagnant for weeks on end, its value remaining average and uninteresting for crypto market watchers.

Bitcoin As An Alternative Investment

The largest digital token in the crypto world experienced a surge of as much as 15%, recording a groundbreaking $10,944 in value, its highest price since last August. The rally escalated after BTC breached $10,500.

One renowned momentum player, Tyler Winklevoss, is one that has been a Bitcoin advocate for quite some time.

The co-founder and CEO of crypto exchange Gemini had publicly stated that Bitcoin is an interesting hedge and advocated that BTC is set for its next bull run, with the US Federal Reserve printing money as an economic stimulus strategy and the USD consequently depreciating for the time being.