In one of a kind move, the House Republican campaign arm, the National Republican Congressional Committee (NRCC) in the United States, has announced an acceptance of cryptocurrencies as donations to its campaign efforts. 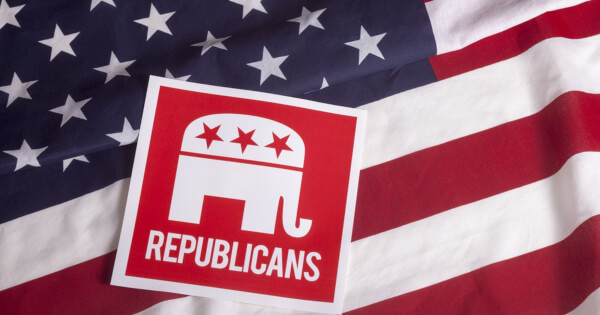 According to a report by Axios, the NRCC will become the first national party committee to test this new form of virtual financial assets, defying the ongoing claims of the environmental concerns attached to these new asset classes.

Per the report, the crypto donations will be received through Bitpay and converted to the U.S. dollar immediately. Individual contributions have been boosted to $10,000 per individual per year. This implies that the NRCC will not keep custody of the potential crypto donations from the masses; instead, it solicits the proceeds from their sales.

"We are focused on pursuing every avenue possible to further our mission of stopping Nancy Pelosi’s socialist agenda and retaking the House majority. And this innovative technology will help provide Republicans (with) the resources we need to succeed,” Rep. Tom Emmer (R-Minn.), the NRCC chairman, said in a statement.

The move has been seen by many as bullish for Bitcoin and the entire cryptocurrency ecosystem. The support for crypto donations by the NRCC tilts the arguments of irrelevance in Bitcoin's favour, as major critics drawing on the transparency of crypto transactions will now have a more formidable audience to deal with.

Despite the various criticisms it holds, Digital currencies have always been a tool that features prominently in American politics and governance. For example, pro-Bitcoin election candidates have often embraced crypto donations before the NRCC’s move. And many use crypto as one of the key agendas of their campaigns.

Andrew Yang, The democratic candidate, running for the office of New York City Mayor, has expressed his willingness to turn the city into a hub for Bitcoin (BTC) and other cryptocurrencies. Meanwhile, the Miami mayor's intentions in establishing a Bitcoin hub has also been translated into a political move to win over the hearts of crypto enthusiasts.