Democratic candidate running for the office of New York City Mayor, Andrew Yang has expressed his willingness to turn the city into a hub for Bitcoin (BTC), and other cryptocurrencies. 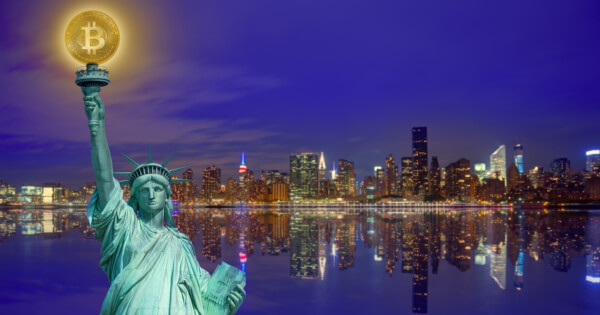 Revealing his plan via Twitter, Yang said that “as mayor of NYC - the world’s financial capital - I would invest in making the city a hub for BTC and other cryptocurrencies,” a statement that has garnered comments from crypto Twitter.

It is not uncommon to find Bitcoin featuring as a subject of political campaigns in America today. The digital currency was largely accepted by some campaign organizations in the past election, and the first digital currency was also recently featured in an education campaign involving Spanish lawmakers.

The adoption of Bitcoin is gearing beyond just a retail adoption today, key publicly listed companies including MicroStrategy Incorporated, Paypal Holdings, and much recently Tesla Inc are beginning to take a decisive position placing Bitcoin on their balance sheets, and in their key business operation.

While Bitcoin is yet to adjust to the embrace of this class of investors, public officials including Miami Mayor, Francis Suarez have been rolling out policies to make Bitcoin more engrafted into the operations of the city. Suarez who believes Bitcoin will be the “biggest story for next few years,” is set to implement strategies through which Bitcoin acceptance can go mainstream in the city of Miami.

Amongst the ways Suarez hopes to achieve this is to give its city employees the opportunity to receive their salaries in Bitcoin. Secondly, the city is considering local fees and taxes to be paid in Bitcoin or other cryptocurrencies. Through Mayor Suarez’s strides, Miami may be the first to invest its Treasury Reserve in Bitcoin, while creating other specific means to encourage more direct engagement from crypto-based companies.

Amazon Aims to Advance Its Digital Currency Project in Mexico