Derivatives trader Tone Vays announced the new altcoins that just entered the Market Cap top 10 list, calling them "shitcoins," which prompted a retweet from Blockstream CEO Adam Back, who seemed to agree. 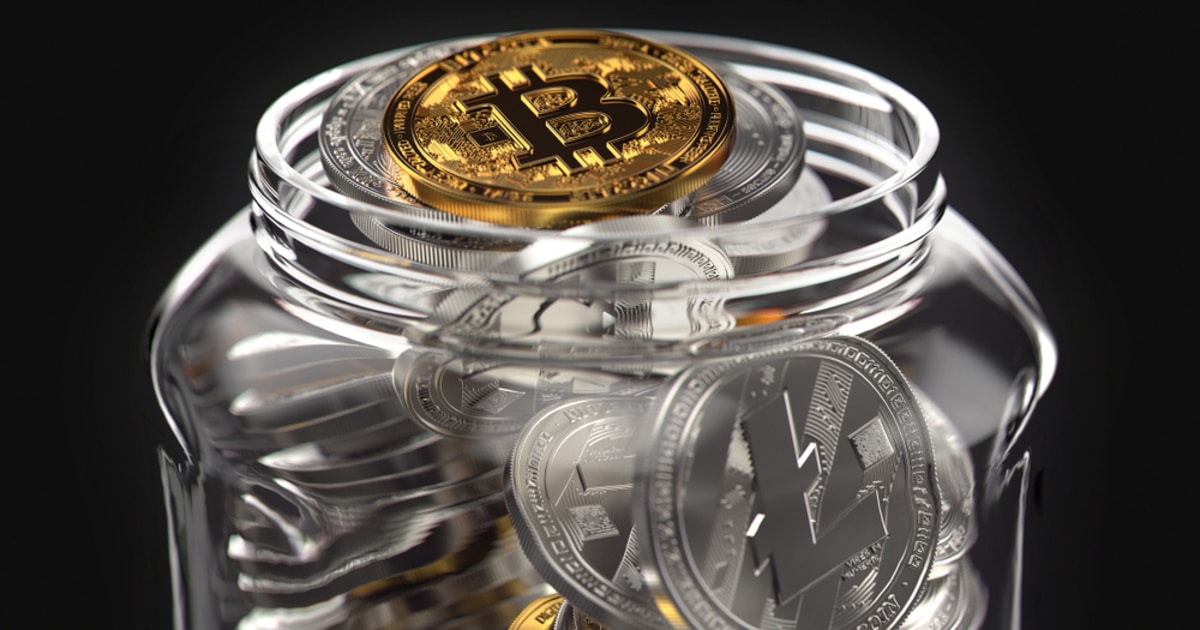 "As new shitcoins enter the Market Cap top 10 list, here is a historical list of every coin, how high it was on the list and when it last achieved this feat. My All Time Favorites are Highlighted".

The tweet from Vays could come off as controversial, as it listed a lot of popular cryptocurrencies like Ethereum, XRP, Litecoin, Bitcoin Cash, Tether, Steem, EOS, Dash, TheDAO, Cardano, Bitcoin BSV, IOTA, Chainlink, and Monero. Therefore, for most in the crypto community, listing Ethereum among the alleged "shitcoins" could come off as unacceptable for many in the crypto community. On the Market Cap top 10 list tweeted by Vays, it appears that all current cryptocurrencies are deemed as shitcoins except for bitcoin.

The derivatives trader also highlighted 4 coins in yellow, that were part of Ponzi schemes and crypto scams: Auroracoin, Paycoin, TheDAO, and Bitconnect. The reasons for why he highlighted DAO as well are unknown. 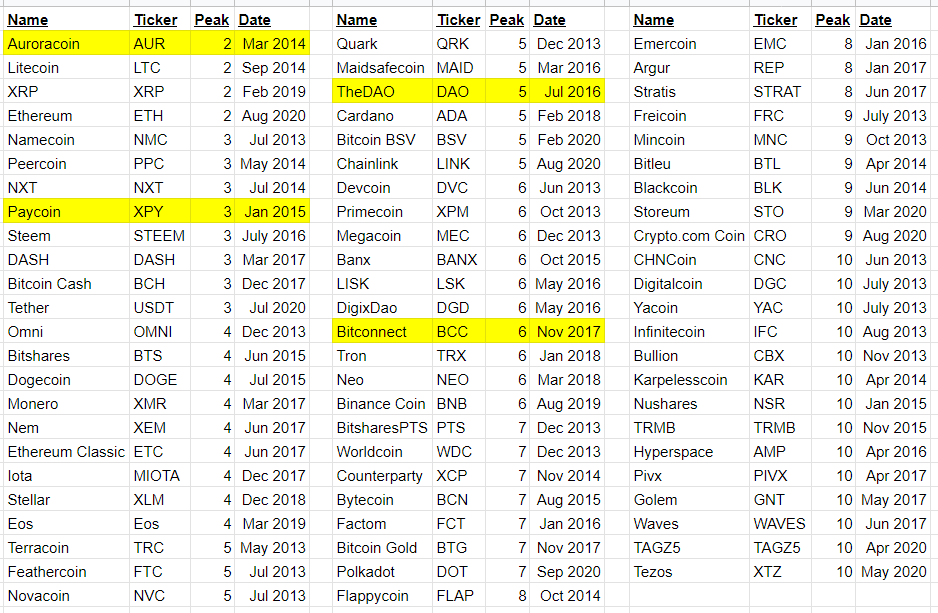 According to the list and context, the new "shitcoin" he was referencing was Polkadot. Polkdat is the latest coin that surged into the top 10 market cap in September. Polkadot consists of a superstar project created by Gavin Wood, the co-founder and former CTO of Ethereum. According to the official website, Polkadot is a decentralized Web 3.0 blockchain interoperability platform. It should be no dispute that Blockchain CEO Adam Back agreed with the list, implying his support by retweeting Vays. Recently, Back tweeted a few times as well criticizing some famous projects like Ripple, Litecoin, Ethereum, Cardano, and SushiSwap.

Since its inception, Bitcoin holds the dream of removing "trusted third parties", especially in the monetary and financial industry. What is abusrd is that the convenience of issuing new token or cryptocurrency, with hard fork, codebase resue and smart contract, introduced unlimited credit based cryptocurrencies, of scams or shitcoins. For example, besides some modification of parameters, Litecoin seemingly has nothing innovative, and the rest is marketing and propaganda, then become a billionaire with time. To compare Bitcoin and Litecoin, read "Litecoin vs Bitcoin".

Currently, fiat money is issued by the central bank exclusively. The power of money issuance is an extension of power and remains in absolute control of a few people occupying positions of dominance within society. The fiat money is issued based on credit, a measure that may sometimes not be trustworthy at all. Bitcoin introduced a new money issuance standard, the Proof-of-Work (PoW), which is based on the spending of computing power, to replace trust-based issuance standards, and to save society from devalued currencies.

What is sad is though Bitcoin holds many advantages, it has also been leveraged for illicit purposes. Since the issuance of Bitcoin, Ponzi schemes for one have become increasingly popular. In addition, there are many cryptocurrency scams like Bitconnect and Plustoken that have risen to notoriety.

Even for star cryptocurrency projects, when faced with a potentially huge monetary gain, assets could be leveraged to conduct illicit activities. For the time being, it appears as though the only cryptocurrency touted by Tone Vays and Blockstream CEO Adam Back is Bitcoin, which is considered by many in the crypto community as being "digital gold" and a "safe-haven asset."

At the time of writing, it is unsure whether Tone Vays and Blockstream CEO's critics simply echo the visions of Bitcoin enthusiasts for the cryptocurrency, or whether it serves as a call to inflation.