PwC: Blockchain Technology Has the Potential to Boost Global GDP Up $1.76 Trillion By 2030

In an analysis of blockchain’s impact on businesses and global economies, PricewaterhouseCoopers (PwC) indicates that by 2030, the impact of blockchain could be so significant that the technology has the potential to boost global gross domestic product (GDP) by $1.76 trillion. 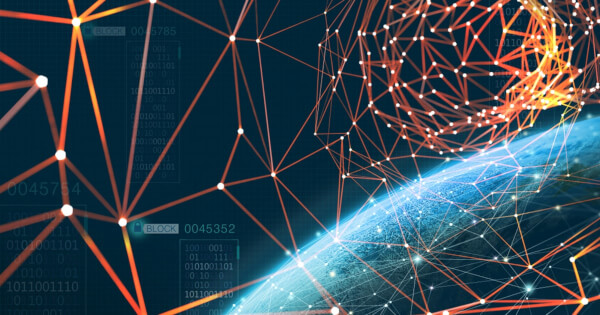 How could blockchain benefit the world?

While blockchain is most known as the underlying infrastructure supporting cryptocurrencies, PwC experts reviewed other key advantages of the distributed ledger technology (DLT).

The new report released by PwC assessed how blockchain technology could be leveraged to benefit and boost the economy worldwide. Five case scenarios in which blockchain could be used to drive the digital revolution forward included provenance – the tracking and tracing of products and services – payments and financial services, identity management, and the application of blockchain in contracts and dispute resolution as well as customer engagement.

Speaking about the potential ways blockchain technology could be used, Steve Davies, a Partner and Blockchain Leader at PwC UK, said:

“Blockchain technology has long been associated with cryptocurrencies such as Bitcoin, but there is so much more that it has to offer, particularly in how public and private organisations secure, share and use data.”

Who would benefit the most from blockchain?

According to PwC analysts, Asia stands to reap the most economic benefits from blockchain technology over other continents.

In terms of countries, China and the US were designated as the ones that could potentially gain the highest net benefits from blockchain, estimated at $440 billion and $407 billion respectively, according to data from PwC.  The net benefits of five countries, notably Germany, Japan, the UK, France, and India were also calculated to surpass $50 billion.

However, from one country to another, the sectors that would reap the highest benefits from blockchain technology differed. While the US stands to benefit the most from leveraging blockchain for security, payments issuance, identity, and credentials purposes, China and Germany would gain from using DLT more for provenance and traceability, as both countries possessed manufacturing-focused economies.

Overall, across all sectors, the public administration, healthcare, and education industry appears to be the biggest beneficiaries, with PwC expecting them to gain approximately $574 billion by 2030 through using blockchain for identity and credentials.

Speaking of blockchain digital innovation and of its budding potential amid the economic havoc caused by the coronavirus pandemic, Davies remarked:

“As organisations grapple with the impacts of the COVID-19 pandemic, many disruptive trends have been accelerated. The analysis shows the potential for blockchain to support organisations in how they rebuild and reconfigure their operations underpinned by improvements in trust, transparency and efficiency across organisations and society.”

Findings from PricewaterhouseCoopers revealed that two-thirds of CEOs surveyed – 61% of them – placed “digital transformation of core business operations” among their top three priorities in their quest to rebuild their commerce from damage caused by COVID-19.

If blockchain’s economic potential was achieved, PwC and sector experts warn that the distributed ledger technology’s energy overhead must be managed properly. The impact of technology and global energy consumption by various organizations must be taken into consideration to reduce climate change repercussions.