PayPal May Be Considering Launching Its Own Stablecoin


PayPal Holdings Inc. is examining the possibility of launching its own stablecoin. Four sources familiar with the talks indicate that PayPal held discussions with several stablecoin developers regarding the matter. 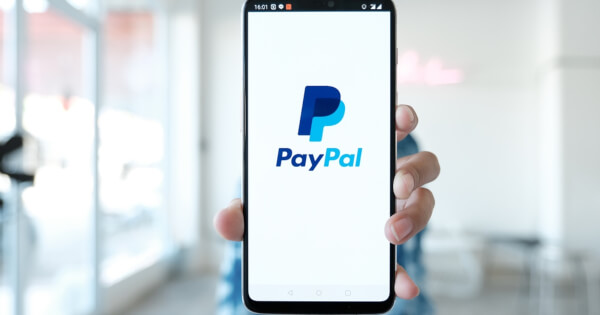 "As a global company working with regulators and industry partners throughout the world to shape the next generation of financial systems, the company is in frequent conversation about technologies that enable these goals. However, rumors and speculation are not predictive of the company's future plans," an unnamed PayPal spokesperson said.

The source indicates that PayPal prefers working with an outside developer, rather than developing a stablecoin in-house as it would get a product to market faster.

“It looks like they’re more likely to do something with an existing stablecoin partner rather than build something themselves, because I think that that would get something to market faster, and I think that’s their primary concern,” PayPal official added.

Rumors have spread concerning PayPal’s ambitious plan on developing a stablecoin. One source identified the move as the best-known secret in the cryptocurrency industry.

Stablecoins are a new class of cryptocurrencies that attempt to provide price stability and are backed by reserve assets like the US dollar. Today there is over $80 billion in stablecoins circulating in the market.

The latest development regarding stablecoin development follows PayPal’s recent moves to engage further in the crypto space, along with recent acquisitions and partnerships.

Last month, PayPal started allowing US consumers to use their cryptocurrencies to pay at 29 million of its online merchants worldwide. The move significantly boosted the use of crypto assets in everyday commerce.

Currently, PayPal supports four cryptocurrencies including Bitcoin, Ether, Litecoin, and Bitcoin Cash. Customers who hold such digital assets in PayPal digital wallets are now able to convert their holdings into fiat currencies at checkouts to make purchases of goods and services offered by global merchants.

Last month, PayPal partnered with Coinbase to allow consumers to buy cryptocurrencies using bank accounts and debit cards that are linked to PayPal.

In March this year, PayPal acquired Curv cryptocurrency security storage company to expand and accelerate its initiatives to support digital assets and cryptocurrencies.

In November last year, PayPal started allowing US users to hold, sell, and buy cryptocurrencies directly from their accounts.

The offerings made PayPal one of the largest mainstream financial firms to open its network to crypto assets and assisted in fueling a rally in digital coin prices.