The total number of Bitcoin (BTC) addresses in a loss is at a 1-month low, as revealed by Glassnode. The number of addresses in a loss are those Bitcoin addresses that purchased or received Bitcoin almost as the premier digital currency was attaining its peak pricing. The price value of the Bitcoin they are holding is higher in part to the current price of the cryptocurrency. 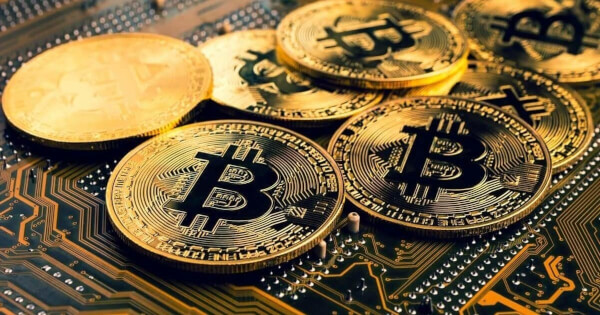 Addresses are usually plunged to a loss when there is a sudden change in price momentum amid an ongoing bull market. Per the Glassnode’s data, the number of Bitcoin addresses in a loss is approximately 330,817.774 based on a 7-day Moving Average and heralded by a 1.73% plunge in the price of BTC over the past 24 hours to $47,074.18 per coin. This data implies that more people are in profit than a loss as of today.

Despite the apparent takeover of the Bitcoin market by the bears, the biggest digital currency by market cap is still recording positive on-chain data milestones. The coin’s median transaction volume also just attained a three year high of $1,188.31.

The Cheers of a New ATH

Prior to the takeover by the market bears, Bitcoin soared to a new all-time high (ATH) over the weekend, breaking past the $49,000 mark for the first time. The surge can be attributed to the news of a Morgan Stanley Unit known as Counterpoint Global planning to go all out on Bitcoin.

The ongoing retracement from the ATH price may be due to some HODLers taking gains as is peculiar in a bull run season. Bitcoin’s price target to $50,000 and other bullish price territories is now looking more feasible than ever. With more mainstream institutional investors coming into the Bitcoin fold, the chances of the digital currency outpacing the gains of the past year are very high.

Bitcoin Soars To New ATH, With the News That Morgan Stanley Set to Bet Big on BTC