Phong Le, the Chief Financial Officer of MicroStrategy Incorporated, said the company will not relent in its bullish acquisition of Bitcoin (BTC) as its Treasury Reserve Asset (TRA). 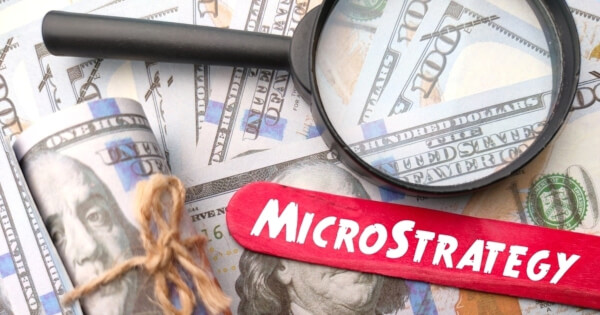 The company, primarily a business intelligence, software, and cloud services provider, adopted Bitcoin as its preferred asset to diversify its excess cash flow, making its first investment back in August 2020 and has since been accumulating the digital currency.

With over 124,391 Bitcoin units on its balance sheet as of the end of December 2021, MicroStrategy ranks as the institutional investor with the largest amount of Bitcoin holdings, ahead of Square Inc which rebranded to Block Inc last year, and American electric vehicle giant Tesla Inc which accumulated $1.5 billion worth of the coin in the first quarter of 2021.

The year opened to a massive price correction for Bitcoin, which slumped to a 6-month low of $32,951. Despite this bearish outlook, Phong Le said the company is not planning to taper down its acquisition approach.

“Our strategy with bitcoin has been to buy and hold, so to the extent we have excess cash flows, or we find other ways to raise money, we continue to put it into bitcoin,”

This statement resonates with earlier comments from Michael Saylor, the company’s founder and CEO, who personally holds over 17,000 units of Bitcoin. MicroStrategy purchased more than $2 billion worth of Bitcoin last year with funding raised from the sales of debt instruments. Phong Le noted that the firm’s acquisition will continue, even though he remains uncertain if it will spend more money on Bitcoin than it did last year.

“We’re constantly looking at other ways to be additive to our shareholders as it relates to bitcoin,” Le added.

Beyond Bitcoin’s recent price mishaps, MicroStrategy’s stock is also taking the plunge alongside other prominent tech stocks. In the longer term, the firm believes it will be amongst the biggest beneficiaries for holding Bitcoin, which supposedly provides immunity against inflation.

MicroStrategy CEO Reveals why Bitcoin is a Better Investment than Gold