Sun announcedin a Facebook post that he had dinner with Buffett at a private country club in Omaha, Nebraska, in the United States on Jan. 23. Other guests, invitees of Sun, including Litecoin creator Charlie Lee, eToro CEO Yoni Assia, Chris Lee, the CFO of Huobi, and Helen Hai, the head of the Binance Charity Foundation also joined. The meal had been initially scheduled for late July 2019; Sun reportedly postponed the dinner due to health issuesfollowing the rumorsof Sun barred from leaving China. 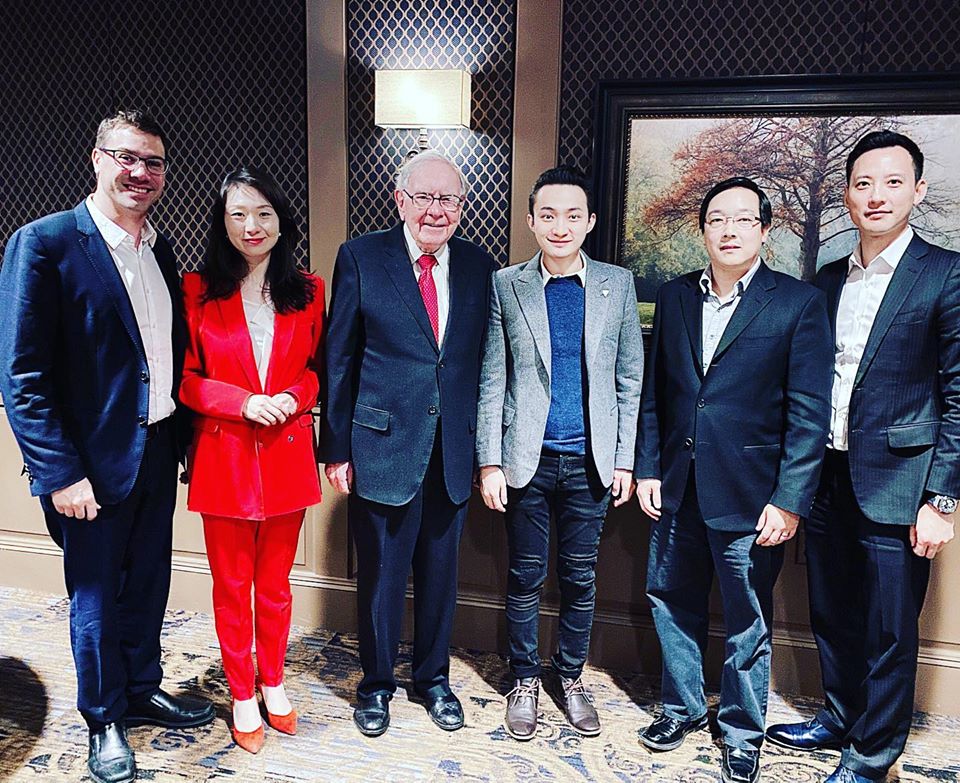 Sun presented several gifts to Buffett, including one Bitcoin, stored in a Samsung Galaxy Fold phone. He wrote in a Facebook post,“Since I gifted him this #Bitcoin, $BTC has increased 16%! Hope it continues to moon!” He also presented Buffett with a bronze horse,as they were both born in the Year of the Horse, according to the Chinese zodiac. As 2020 is the year of the mouse, Sun also gifted Buffett a traditional Chinese paper cutting of a mouse.

Buffett has made his stance on Bitcoin clear, that the cryptocurrency is benefiting from an investment bubble, and is not suitable for long-term investors. Buffett previously compared Bitcoin to “rat poison squared,” and urged long-term investors to stay away from the bubble that was created, which he predicts will eventually collapse.

The original goal of the dinner, according to Sun, is that he hoped that the meal would “bridge the gap between institutional and traditional investors and the realm of cryptocurrency and blockchain technology. Sun said in a statement after the dinner that it was “really an honor, and I’m grateful for Mr. Buffett's dinner, wisdom and vision.” He added that he would like to take Buffett’s advice and guidance to make TRON a better business with the whole crypto and blockchain ecosystem.