Unlike the recent volatility that bedevils new listings, Shiba Inu-themed cryptocurrency, Dogecoin (DOGE), played an impressive run after it got listed on the Coinbase trading platform, as it sustained the momentum in its price rally in the early hours on Wednesday. 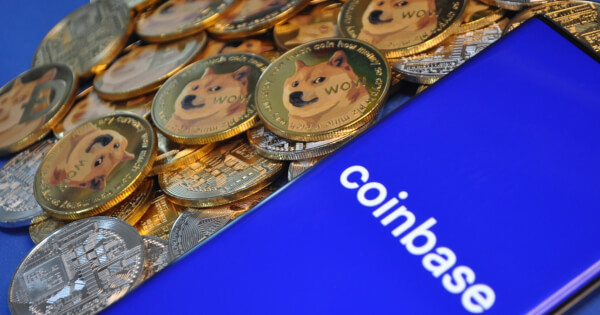 Dogecoin has become one of the top 10 cryptocurrencies by market capitalisation, as massive publicity from Elon Musk and billionaire investor Mark Cuban helped to redefine the coin's utility. Dogecoin’s popularity has fueled a new crop of businesses to add it as a payment mode. These firms range from Cuban’s Dallas Mavericks, who accept the coin for its tickets and merchandise, to speculate that Tesla may be on track to accept the coin.

Dogecoin is available on over 1800 ATMs in the US. However, the listing on Coinbase will boost the accessibility of the coin to investors in the US in particular.

Dogecoin no Longer a Pump and Dump Cryptocurrency

Dogecoin has recorded a great deal of growth over the past few years. Also, the change in the past was reflected at best, a pump and dump coin. However, the fact is that investors worldwide are now holding the Coin rather than DOGE. Not as a meme cryptocurrency built as a joke, but for its growing value.

Through the backing and the constant tweets of Elon Musk, the coin has risen from a pump and dump coin to that which now competes with Bitcoin for speed and popularity, amongst other things.