After more than a decade since it's launch, Bitcoin (BTC) remains the most valuable digital currency in the world today. With an expansive network of users and investors worldwide, the pioneer digital currency is still at the forefront of driving cryptocurrency acceptance by vendors. 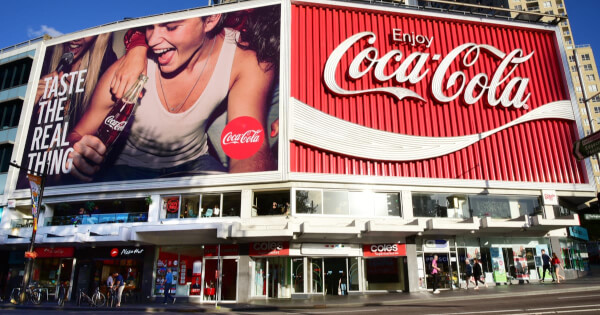 A recent landmark achievement is the approval by Coca-Cola Vendors in Australia and New Zealand to accept Bitcoin for transactions. This BTC adoption will be implemented by almost 2000 vendors in the two countries extending customers' payment options for Coca-Cola.

The new payment option with BTC is a further step showing how much confidence the company places in blockchain and cryptocurrencies. Coca-Cola Amatil, the largest distributor of the product in Australia and New Zealand partnered with payment startup Centrapay to achieve this customer-centric initiative.

For customers to make BTC payments, they would need to install Sylo Smart Wallet on their phones. Once the wallet is installed, Centrapay allows users to scan a QR code to pay for Amatil’s items in bitcoin and other digital currencies.

A New Highlight for Crypto Adoption

Coca-Cola is one of the largest corporations in the world today and the company's enthusiasm for blockchain and digital currencies can set a good framework for the technology’s adoption by other retail firms. The acceptance of Bitcoin and digital currencies by Amatil will also encourage and increase investment in digital assets among the populace in Australia and New Zealand. This is a major plus for the blockchain ecosystem.