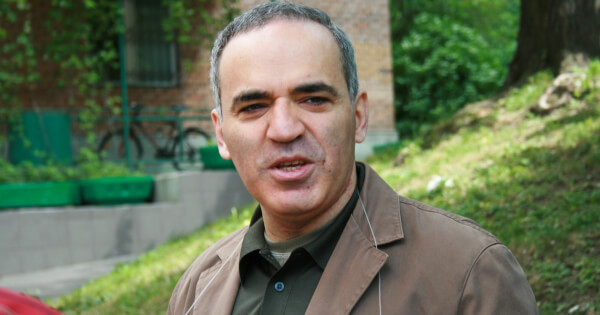 The world’s most famous chess player, Garry Kasparov is no stranger to technology. In fact, in 1997, a chess match played by then world chess champion Kasparov has been labeled as a catalyst for the big data revolution.

The infamous match would see Kasparov face a unique new kind of opponent who played an unheard of chess strategy and appeared to be on the verge of defeat. However, the game play that appeared unorthodox was in fact the sum of a deep analysis of Kasparov’s own game while calculating variables of every chess strategy ever conceived, which left Kasparov defeated by a move he, or anyone else, ever saw coming. The opponent was IBM’s supercomputer, Deep Blue.

In defeating Kasparov on May 11 1997, Deep Blue made history as the first computer to beat a world champion in a six-game match under standard time controls. Kasparov had won the first game, lost the second and then drawn the following three. When Deep Blue took the match by winning the final game, Kasparov refused to believe it.

20 years on, and Kasparov is now a believer and a huge advocate of inclusive technological innovations, like cryptocurrency, as a means for the advancement of human rights and liberties.

The Upside of Cryptocurrency

In an interview with Forbes on July 23, Kasparov said that while technologies are neither good or bad inherently, he sees many upside to cryptocurrencies like Bitcoin. He believes they can restore individuals’ financial autonomy, freeing them from the regulation of “states, corporations” and third parties.

Kasparov feels too much attention is paid to the dark side of the cryptosphere, but counters that the use of technology depends on the user. He said:

“You can use nuclear technology to build a bomb or a reactor. Now, we hear a lot about the potential downsides of cryptocurrencies because they can help bad guys rob money. Actually, these fears are overrated.”

On the upside of cryptocurrency, Kasparov says people are looking to Bitcoin and cryptocurrency as a way to protect their wealth against the inflation born from out of control state money issuance.

He said, “The good thing about bitcoin is that you know exactly the number — the magic number of 21 million. And we understand the formula behind that. But when you look at the other side, the Fed, for instance, you never know how many trillions of dollars will appear on the market tomorrow that will damage your savings.”

Kasparov asserts that blockchain technology and cryptocurrencies like Bitcoin are responses to the invasive infringements on an individual's monetary freedom and human rights. He said, “I think the steady rise in popularity of Bitcoin and other cryptocurrencies and blockchain technology as a concept is inevitable because it’s a response to the shift of power from individuals to states or other institutions that may act on our privacy without our consent.”

The Central Banks Strike Back

While cryptocurrency and Bitcoin may, in fact, be a response to state-controlled money issuance and the Federal Reserve’s self-serving policies—the central banks, in turn, are responding to the rise of crypto with digital assets of their own—central bank digital currencies (CBDC).

According to Cuy Sheffield, Visa’s Head of Crypto, CBDC could be the most important payment trends in development with the most profound effects on our systems of payment and money issuance according to Visa’s head of cryptocurrency.

The inception of cryptocurrencies like Bitcoin, which were essentially built to potentially destabilize and displace the central source of power for our governments—their control over traditional financial systems and monetary issuance—has been a growing concern to the United States and its dollar which is the world’s reserve currency.

In his tweet on July 4, Sheffield wrote, “I’d argue that central bank digital currency (CBDC) is one of the most important trends for the future of money and payments over the next decade. Regardless of anyone’s personal views of whether it’s good or bad, the reality is that global interest in it is not going away.”