Bitcoin’s Bounce Back to $40,000 in Jeopardy as Grayscale Investments Slacken


After surging to a high of $41,500 in recent weeks, Bitcoin (BTC) has been trying in vain to breach the $40,000 level, which industry experts have acknowledged as a critical point needed to be shuttered for the leading cryptocurrency to regain steam. BTC is trading at $33,300 at the time of writing, according to CoinMarketCap. 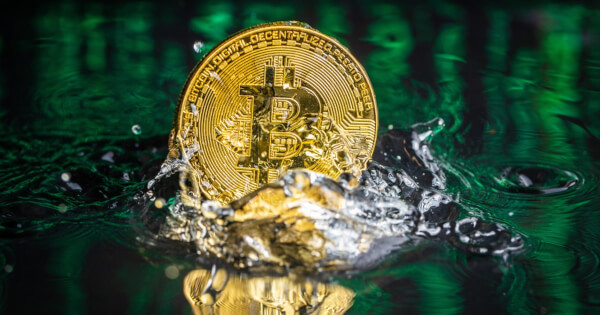 Leading American bank JPMorgan Chase & Co. believes that a bounce back to the $40,000 level has been jeopardized as Bitcoin investments by Grayscale are drying up.

Grayscale, a leading cryptocurrency asset management firm, has been setting the ball rolling in institutional investments because its Bitcoin portfolio was worth $23.69 billion by mid-January.

JPMorgan strategists led by Nikolaos Panigirtzoglou have noted that Grayscale Bitcoin Trust seems to have peaked based on four-week rolling averages.  They acknowledged: 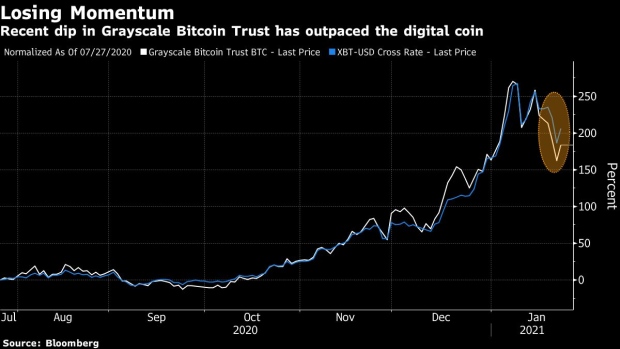 “At the moment, the institutional flow impulse behind the Grayscale Bitcoin Trust is not strong enough for Bitcoin to break out above $40,000.”

JPMorgan also trusts that Bitcoin’s quest past $40,000 is being dented by momentum traders, whose trading strategy is based on buying the low and selling the high. As a result, they will continue jeopardizing BTC’s future positions.

Despite Bitcoin’s current consolidation, the leading cryptocurrency has enjoyed a remarkable bull run that saw it smash the then all-time high (ATH) price of $20,000 set more than three years ago in mid-December 2020. Later on, it surpassed $40,000, but it has since retracted to the $33,000 level, and this is a sign of short-term weakness, as alluded to by crypto analyst Carl Martin.

Institutional investments from corporate giants like GrayScale, Microstrategy, and Square have been the engine behind this impressive BTC run. It, therefore, remains to be seen how these inflows trickle in going forward.