Zimbabwe's Central Bank launched gold coins in July as part of efforts to help curb surging inflation amid a slump in the country's currency. The move sparked interest in whether gold could serve as a safe haven investment during a market crisis.

Based on Zimbabwe’s development, Blockchain.News recently had a conversation with Collin Plume, the President and CEO of Noble Gold Investments, regarding whether gold could be a safe haven investment that investors should rely on during turmoil times. 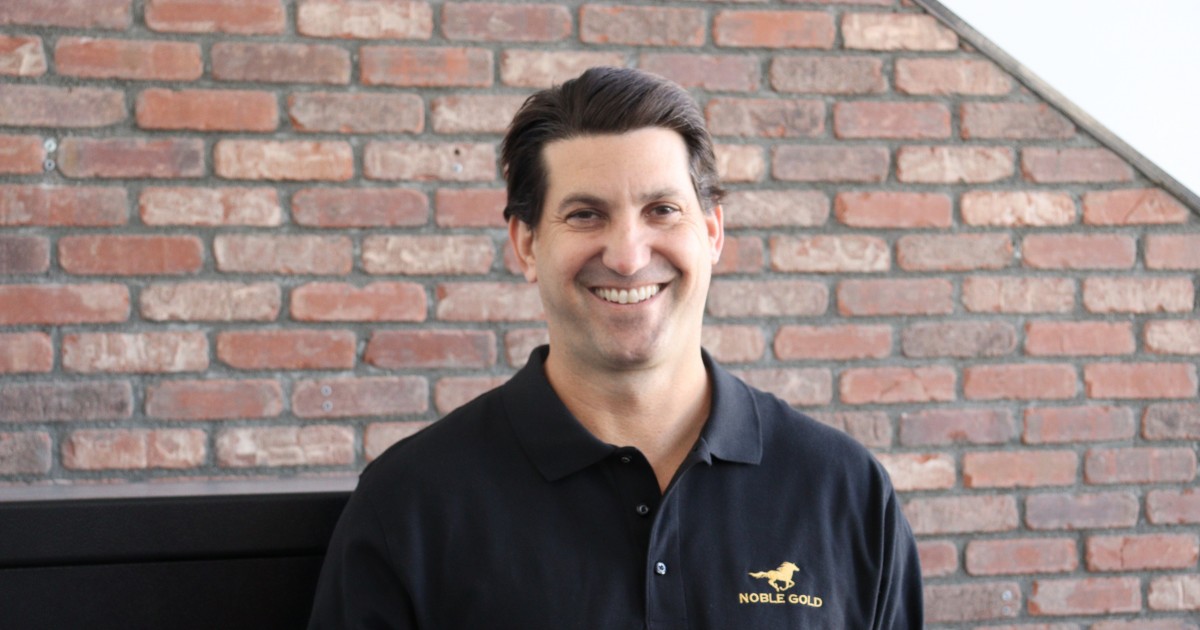 The global pandemic raging for over two years has created unemployment, supply chain problems, and more that disrupted economic growth. With the rise of inflation, the US dollar has lost its value and purchasing power. But on the other hand, gold has increased its purchasing power because its value tends to rise with the price of goods.

In light of pandemic worries, rising debts, market downturns, business failures, and mounting inflation realities in regard to economic policies coming out of central banks and other regulators, investors have appeared to rush to invest in gold to secure their financial positions.

Meanwhile, several crypto companies are facing bankruptcy, while many tech firms (such as Klarna, ClickUp, Lacework, Bolt, PayPal, among others) recently announced massive layoffs of employees. But questions remain about how investors can protect themselves from the risks of the ongoing financial crisis.

In the current times of financial instability and turmoil, investors seek opportunities to protect their assets and values.

Asked whether gold is a good investment, Plume said YES. While this can be demonstrated by Zimbabwe’s recent gold adoption, generally, gold is viewed as the ideal hedge against inflation. This is because fiat currency loses its purchasing power when things become more expensive, but gold tends to be priced in those currency units.

Plume explained: “Although the gold market can’t do anything about economic inflation on a macro level, it’s easily the best hedge against inflation for an individual’s investment portfolio”.

Nowadasy, gold’s uses and the demand for physical gold have increased. According to Plume, “Gold’s industrial uses are steadily growing (gold is used in electronics, cars, biotechnology, and even on Mars) while its global supply is quickly shrinking, so its value is guaranteed to go up over time.”

Gold also provides investors with a safe haven during economic and political instability. The precious metal has often taken the role of an inflation hedge and a portfolio stabilizer during turbulent financial markets.

The gold market rose above the $2,000 an ounce level in March for the first time since August 2020, in response to Russia’s invasion of Ukraine in late February. Geopolitical uncertainty has increased the attractiveness of the precious metal for investors seeking a safe haven for their funds.

Prices have since retreated, declining by around 6% year-to-date, and have struggled to regain ground above the $1,800 an ounce level where it started the year.

This year, gold is getting investors’ attention following Russia’s invasion of Ukraine. Sanctions against Russia have already taken the commodities market for a wild ride, fueling concerns of stagflation — a combination of high inflation and slow economic growth — both of which is positive for gold.

In July, Zimbabwe's central bank started selling gold coins to the public to help protect people's savings against the country's runaway inflation and offer an alternative to the widely used US dollar.

Hyperinflation forced the nation to abandon the Zimbabwe dollar in 2009, and it opted instead to use foreign currencies, mainly the US dollar. During the worst of the crisis, the government stopped publishing official inflation figures, but current statistics put the inflation rate at 89.7%.

Despite physical assets like gold, silver, among others, having weathered countless financial storms throughout history, Gold might still need alternative trading platforms to help democratize access to gold using modern technology through tokenization.

Investment in physical gold has many advantages, but it has a few drawbacks. The main challenges that investors face in the investment of physical gold are issues associated with accessibility, storage, security and ability to resell on a regulated market.

While Gold is considered a safe bet, buying it is often a challenge for retail investors. For example, an average person will need to pay the costs associated with gold acquisition, trust an intermediary, and have a storage solution.

In recent years, the excitement surrounding cryptocurrency has been attracting precious metal buyers away from their traditional investments as they dipped their toes into the crypto pool. But with the recent digital asset market crash, that seems to be changing. Many investors are returning to gold to tame the prevailing financial winds in the crypto markets.

Yet, cryptocurrency like Bitcoin is in a tough year because of the recent market crash. Major Cryptocurrencies, including Bitcoin, and Ethereum, have plummeted, triggered by inflation and Fed’s interest rate hikes.

For the long term, blockchain technology is increasingly being used to address all these constraints in today's internet era. Blockchain enables the tokenization of gold and other commodities. The technology allows users to invest in digital gold, therefore helping to resolve various issues tied to physical gold ownership.

Gold as Key Portfolio of Investment

Gold’s performance moves independently and has low correlation with other assets such as stocks, real estate, commodities, bonds. The precious metal may therefore help serve as a return diversifier within a broader multi-asset portfolio.

Therefore, based on the above analysis, gold is a good investment that investors can use to hedge and diversify their portfolios. However, according to Plume: “Some people believe gold is just for older investors, or they don’t understand the use for it. Many bullish investors focus on the hottest, newest assets, and while gold may not offer the same spikes in value as Tesla or crypto, it also doesn’t bring the same risk of loss as they do.”

Investors are advised to hold around 5-10% of their portfolio’s value in a form of gold, whether physical bars and coins, or digital coins, or instruments such as gold ETFs (exchange-traded funds), to diversify their holdings and potentially hedge against crashes in the value of cryptocurrency, stocks, and bonds.

Gold aligns perfectly with the investment mantra of “not putting all your eggs in one basket” — providing a safety net against events that may plummet the value of popular investments like cryptocurrency and stocks.

“Like any good financial advisor, we highly recommend using gold to diversify your portfolio. Gold is a low-risk, easy-to-access wealth-building tool that can balance out the volatility of other investments like tech stocks or cryptocurrency. It yields the best return when held over a longer period of time, but many younger investors just don’t know about it yet!”, said Plume.