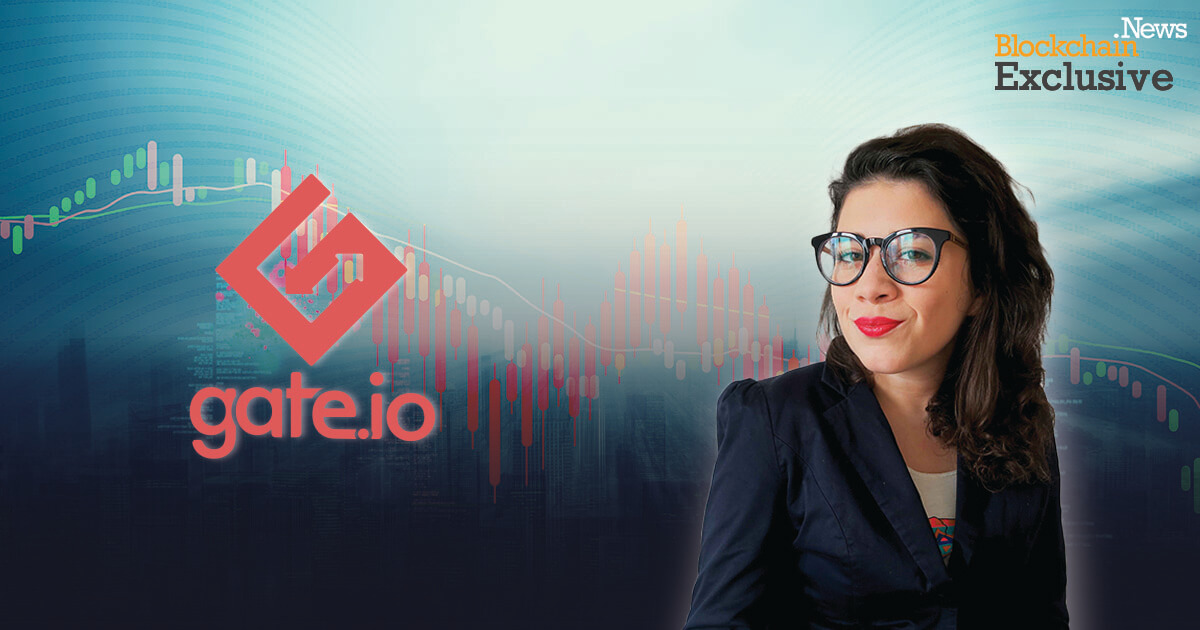 Gate.io is one of the twenty largest crypto exchanges in the world. Founded in 2013, the crypto exchange has gained popularity thanks to its product diversity and has published several research reports about trends in the cryptocurrency market. With the emergence of the coronavirus pandemic, many have looked to Bitcoin as a safe haven, but is this the right choice? Blockchain.News exclusively interviewed Marie Tatibouet, the Chief Marketing Officer of Gate.io to explore the current trends and future expected evolution of the cryptocurrency market.

Many crypto and blockchain businesses have been affected by the coronavirus pandemic that emerged in Wuhan, China earlier this year. The price of Bitcoin has also seen a dip in March, resulting in a loss of $93.5 billion in the cryptocurrency space, affecting a wide range of investors.

Crypto-related conferences have been either postponed or moved to an online medium. Tatibouet further added that as blockchain conferences and events have been cancelled in Asia and in Europe, there has been an overall slowdown in community interaction, affecting the firm’s planned 2020 marketing efforts.

However, Gate.io has not seen a substantial decrease in trading activities since the coronavirus outbreak, as its users are spread across the world. “Our facilities and backend processes are running smoothly, which is why none of the user trading requests has been affected,” Tatibouet said. “In fact, there was a surge in our overall trading volume earlier in February, right after the COVID-19 outbreak in China.”

Similarities between Bitcoin and gold

Gate.io previously released a research report on the similarities between Bitcoin and gold. The sentiment index of Bitcoin is more likely to see a significant surge, similar to gold when a major event such as the current one strikes the global economy. Tatibouet suggested that people are more likely to buy Bitcoin as a safe-haven asset to confront consequential events such as the China-US trade war.

“However, as an asset for value preservation, the sentiment index of Bitcoin is less stable than gold, owing to an unclear attitude of various countries towards Bitcoin,” she added. “Bitcoin, with its flexibility of free barriers and around-the-clock trading, is more sensitive towards negative events than gold. Even though gold is steadier than Bitcoin during market fluctuation and extreme events, Bitcoin is more effective in the short term when it comes to hedging, especially against the turbulent markets.”

The recent plunge in Bitcoin’s price suggests it is more of a risk asset than a safe haven asset, which could potentially change once the consequences of the COVID-19 pandemic stabilize.

China’s DCEP: Any impact on the crypto market?

Although Chinese President Xi Jinping has repeatedly emphasized the importance of exploring blockchain technology, cryptocurrencies have faced a different reality as initial coin offerings (ICOs) and crypto mining have been banned. Tatibouet commented, “China has been extremely vigilant when it comes to cryptocurrencies.”

China’s state-owned bank, the People’s Bank of China has been reportedly developing its own central bank digital currency (CBDC) to replace cash in circulation. However, it will not run on a blockchain, neither will it become fully decentralized, as it will be powered by a two-tier operating system. Tatibouet added, “The government wants to create a digital financial framework that prevents large amounts of capital from moving out of the country. Backed by the Chinese Yuan, the digital currency will be issued by the government and hence will be centralized, unlike other crypto assets.”

She further suggested that the digital currency electronic payment (DCEP), China’s CBDC will not have a direct impact on the crypto-asset market unless there are other restrictions implemented by the government.

Will the race of launching CBDCs lead to wider adoption of cryptocurrencies?

“China’s crypto adoption plans have encouraged more players to enter the space, with the Bank for International Settlements (BIS) setting up a team to discuss economic, functional and technical designs for potential interoperable CBDCs,” said Tatibouet.

According to a BIS survey, seven central banks are likely to launch a CBDC by 2023 which means that 1.5 billion people could start using CBDCs by that time. Six central banks around the world have also come together to create a working group to share experiences on use cases on CBDCs, including the Bank of Canada, Bank of England, Bank of Japan, European Central Bank, Sveriges Riksbank, Swiss National Bank, and the BIS. This working group will assess CBDC use cases, including its economic, functional and technical design choices. Cross-border interoperability will also be explored, as the major use-cases around CBDCs are to digitally upgrade payment systems and cross border transactions, which could suggest the boosting of wider cryptocurrency adoption.

“Overall, the state-backed digital currencies provide an opportunity to modify the fractional reserve system and the role of commercial banks, ultimately pacing up mainstream cryptocurrency adoption- although the real results would depend on the actual implementation,” said Tatibouet.

IEOs: Are they still happening?

The initial exchange offering (IEO) market has lost its strong momentum since H2 2019. As one of the few exchanges with a positive average return on investment (ROI), Gate.io’s IEO platform gained popularity in 2019, with an average daily trading volume of $400 million, and over 600 million funds in the first few months of its launch.

However, Tatibouet pointed out, “With recent regulations on fundraising in China, IEOs are not our focus at this point. However, with the cryptocurrency market maturing and changing constantly, we are ready to take our IEO platform to newer heights, once the market recovers.”

Tatibouet believes in the core principles of security and transparency, as Gate.io does not charge listing fees and remains impartial while listing projects. “To further strictly control the quality of projects and to optimize and ensure the fairness of the new coin listing application process, Gate.io regularly reviews and upgrades the new listing application system so that we can better track the project’s usability for our users,” she explained.