Money-grabbing ICOs, Twitter impersonations, and even outright disappearances made cryptocurrency scams a hot topic in 2018.

But a prominent research firm believes Bitcoin scams and ransom efforts have not toned down, even as the broader crypto market may appear to be less popular among cyber threats than two years ago. 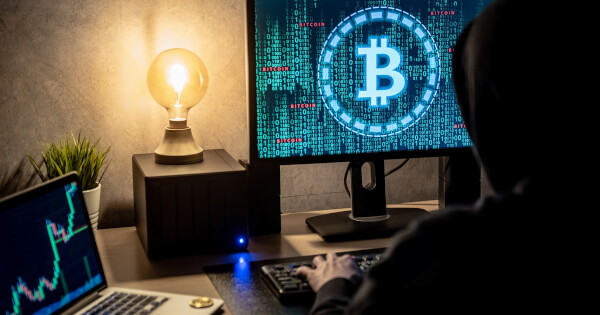 Crypsis Group, a crypto forensics firm, noted in a recently released security report that crypto-ransoms, such as those involving Bitcoin, rose almost 200 percent for last year, compared to 2018.

Called the Incident and Data Reach Report 2020, crypto and cybercriminals exhorted an average of $115,120 worth of funds, with the total “take” going up to several million.

The report notes attackers are now targeting enterprises and larger corporations ahead of smaller players, ensuring a higher ransom and using more “mature” tactics over time. Crypsis believes such targets are meticulously targeted and singled out.

Meanwhile, all defense strategies deployed by enterprises have been overcome in some cases. Crypsis notes attackers are becoming more sophisticated and launching advanced attacks against firms.

Two attacks, Ryuk and Phobos, were the major causes of threat in 2019, with Crypsis nothing both types were “highly effective.” Ryuk targeting banking information of victims, demanding cryptocurrencies to offload any passwords or sensitive information.

With the rise of ransomware, an increase in crypto-focused scams has been noted as well. CipherTrace, a Californian firm famous for its intelligence on the cryptocurrency and blockchain market, noted 75 percent of all cross-border Bitcoin payments seemed to have criminal roots.

As stated on its “Spring 2020 Cryptocurrency AML and Crime Report,” over $1.4 billion were either stolen or hacked in the first five months of 2020. If scammers continue this trend, the figure can cross $3 billion by December 2020.

As reported on Blockchain.News previously, separate incidents in Norway and New Zealand saw criminals asking for huge ransoms for crimes. The former involved a kidnapped person and criminals demanding $10 million worth Monero, an untraceable cryptocurrency, while the latter had scammers taking compromising video or photos of a victim online and then demanding a ransom in Bitcoin to keep the content private.