UMA, XRX, and FUN Gain Over 100% As Best Crypto Performers this Week

The global cryptocurrency ecosystem recorded a productive week, marked with a lot of cryptocurrencies soaring to new all-time highs (ATH). Amongst the digital currencies that saw new highs include Ethereum (ETH), which pumped to $1,689 on February 4th, Aave which soared to $506, and Maker which comes hit an ATH of $2,444. 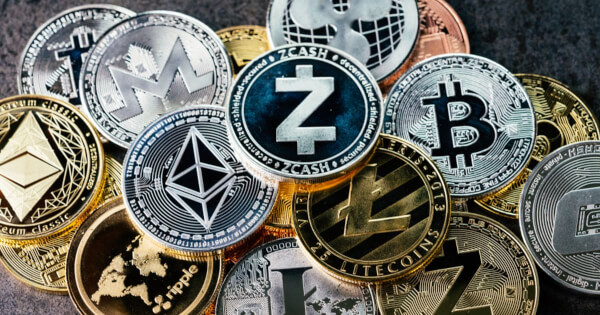 Overall, the market was favorable to the majority of the digital currencies as those who did not record a new ATH also amassed as many gains as to delight their investors or HODLers.

The Superior Weekly Gains of UMA, XRX, and FUN

While a lot of cryptocurrencies boasted of notable gains, UMA (UMA), 0x (ZRX), and FunFair (FUN) came on record as the tokens with the biggest weekly gains of the top 100 cryptocurrencies by market capitalization.

UMA, or Universal Market Access, is a protocol for the creation of synthetic assets based on the Ethereum (ETH) blockchain. The protocol’s native token also dubbed the UMA has risen by 199.83% at the time of writing according to CoinMarketCap. The token’s growth has been impressive and coupled with a daily gain of 8.12%, the tokens are now changing hands at $30.06 per coin.

Another top gainer for the week is the 0x protocol, an infrastructure protocol that allows users to easily trade ERC20 tokens and other assets on the Ethereum blockchain without relying on centralized intermediaries like traditional cryptocurrency exchanges. The network’s native token dubbed the ZRX has surged by 72.89% at the time of writing to complement the weekly surge of 134.89% to trade at $1.35 per token. Despite these gains, however, ZRX is still about 46.72% below its all-time high price of $2.53 set about 3 years ago.

The last of the top three gainers for the week is FunFair (FUN), a gaming blockchain network developed by Jeremy Longley, Oliver Hopton, and technology entrepreneur Jez San OBE. FunFair has recorded a 112.46% growth in the past week. FUN currently has a market cap of $290.9 million and worth $0.04421.

DeFi Tokens Were Also On The Spotlight

The week was also very favorable for the hoard of DeFi tokens out there. Aave soared to a new all-time high as noted earlier and Uniswap (UNI) surged by 36.89% for the week. Uniswap also recorded an ATH of $21.51 during the week.

While Yearn.Finance got attacked this week leading to a $2.8 billion loss, on-chain metrics is bullish for most DeFi tokens as investors are HODLing them as they are doing Bitcoin (BTC), and Ethereum (ETH).