The decentralized ledger platform IOTA is preparing to launch Chrysalis Phase 2.0, also known as the final phase of IOTA 1.5, and this will mark a major milestone for the company. 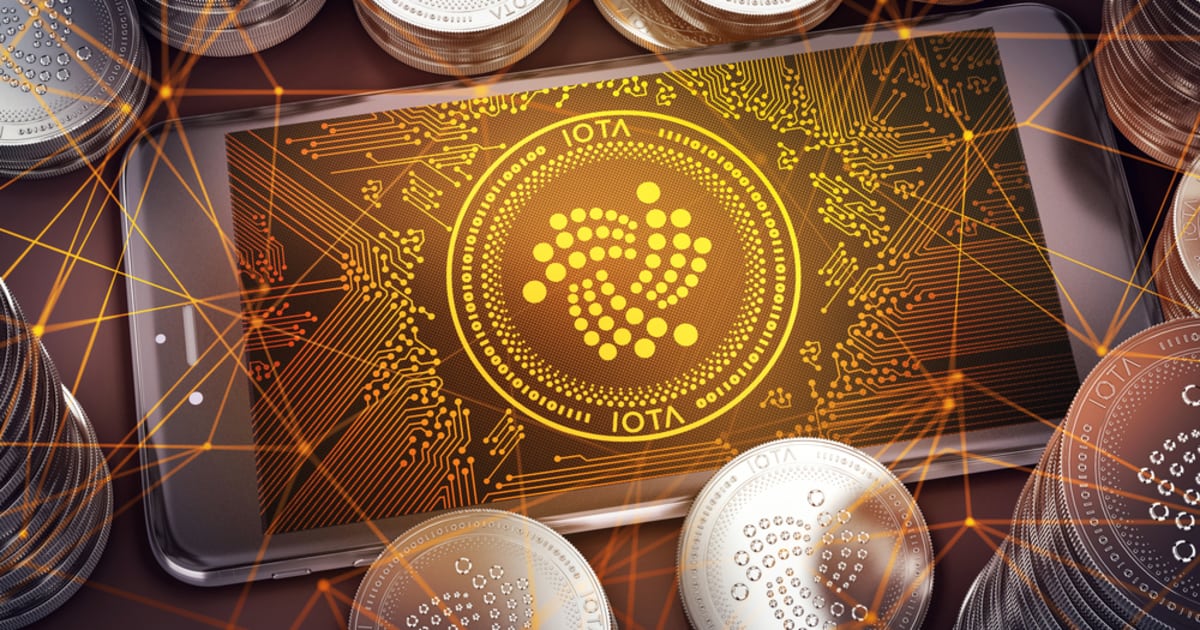 The Chrysalis, which is expected to be launched on April 28, 2021, will become a bridge network between IOTA and Coordicide event. The upgrade will bring about the complete decentralization of the IOTA network.

"With Chrysalis just around the corner, the team is heads down in the final bits and pieces to make everything as smooth as possible both on April 21 and April 28. Tests are being run on multiple instances of infrastructure to test all the migration scenarios."

The IOTA Foundation focused on the limitations of its first network iteration to build an upgraded platform with Chrysalis. Once the upgrade is successfully implemented, the current IOTA mainnet will become the old mainnet. The new mainchain will see an improvement in the reliability and speed of the network. 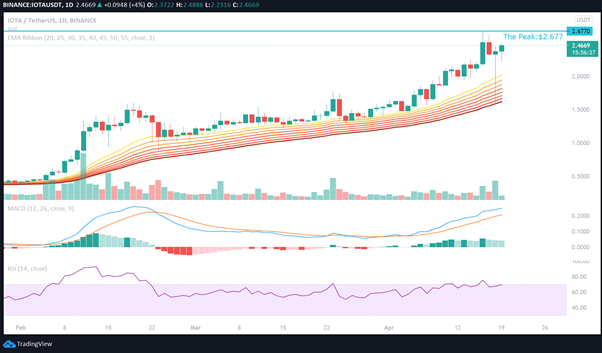 Judging from the daily candlesticks chart, the bulls were very strong when actively fighting against the bears under such a turbulent market yesterday. Almost the majority of the cryptocurrencies showed a downward trend as Bitcoin plunged to $51K. IOTA is an exception.

The long lower shadow line of yesterday’s candlestick indicates that the bears spared no efforts to instantly lower the price to the 55 day-Exponential Moving Average (EMA) of around $1.60. However, the bulls seized the opportunity to buy MIOTA dips without any hesitation, pushing the closing price higher than the opening price to form a green bullish candlestick. Currently, IOTA's price maintains its bullish momentum and is trading at $2.43 at the time of writing.

The transaction price of IOTA/USDT is much higher than the Exponential Moving Average ribbon. Both the upward sloping moving average and the bullish MACD index indicate that the bulls are currently dominating the market.

The Relative Strength Index slopes upwards, which suggests that there is a high chance that IOTA breaks through its all-time high (ATH) of $2.677 soon. A successful breakthrough may open a faster upward channel for IOTA  when the cryptocurrency hits a new high - this will indicate that the altcoin will not encounter strong selling pressure on its way up.

Conversely, if a large number of selling orders are triggered once IOTA’s price touches its ATH, then IOTA will likely experience a price retracement. The 20-EMA of $2.01 is a critical support level. As long as the IOTA/USDT floats above the 20-EMA of $2.01, the altcoin may stabilize and consolidate before resuming its upward momentum.