Gary Gensler Confirmed as Chairman of the SEC, What This Means for Crypto


Gary Gensler has been confirmed to the role of chairman of the Securities and Exchange Commission. 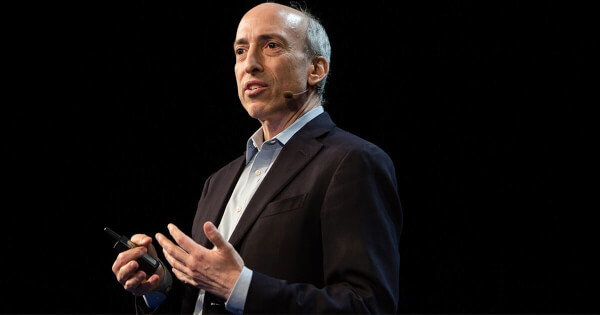 The long-awaited confirmation of Gary Gensler as chairman of the US Securities and Exchange Commission (SEC) has finally been concluded. Gensler is to head the SEC and will oversee the compliance of investments made by brokers and corporations to US federal securities law.

Gensler’s appointment to the role of chairman is significant for the cryptocurrency and blockchain industry, as the Biden-nominated chairman has a demonstrated background in blockchain, having previously served as a blockchain and crypto professor at MIT.

Many, including Ripple CEO Brad Garlinghouse, are hoping that this will mean clearer regulatory policies for crypto and a re-evaluation of the $1.3 billion lawsuit against Ripple brought upon by the SEC. The lawsuit has been criticized for its lack of fair notice, having been handed a day before former SEC chairman Jay Clayton concluded his tenure at the agency.

“I’m hopeful with Gary Gensler and the new chair likely to be confirmed in a couple of weeks. There’s an opportunity to have a conversation with that new leadership as he brings his team in,” said Garlinghouse.

Gensler, who was once a former chairman of the Commodities and Futures Commission under Barack Obama’s presidency, is known for being forward-thinking with cryptocurrencies, once calling Bitcoin a “catalyst for change.”

US struggles to release Bitcoin ETF

Under his guidance, the US’ agenda for releasing a Bitcoin ETF may be fast-tracked. Currently, in addition to being criticized for lacking a clear regulatory framework for cryptocurrencies, many have also questioned why the US has not yet jumped on the opportunity to approve a Bitcoin ETF. Amid Bitcoin ETF approvals in Canada, American institutions have appealed to the SEC with applications for a Bitcoin ETF, including former House communications director Anthony Scaramucci’s Skybridge firm, Fidelity, and Galaxy Digital, to name a few.

A Bitcoin ETF will provide institutional investors indirect exposure to the nascent cryptocurrency.

Currently, amid Gensler’s confirmation, Coinbase has also made its official debut on Nasdaq stock exchange, marking a historic moment for crypto. Coinbase, the biggest US cryptocurrency exchange, is the first crypto firm to go public. Its valuation is estimated to be around $68 billion, in comparison with $5.8 billion in September 2020.

“Coinbase has an ambitious mission: to increase economic freedom in the world. Everyone deserves access to financial services that can help them build a better life for themselves and their families,” said Coinbase CEO Brian Armstrong.