Trading of Coinbase’s shares in the Nasdaq stock exchange started at an initial price of $381 at around 1:30 PM Eastern time. 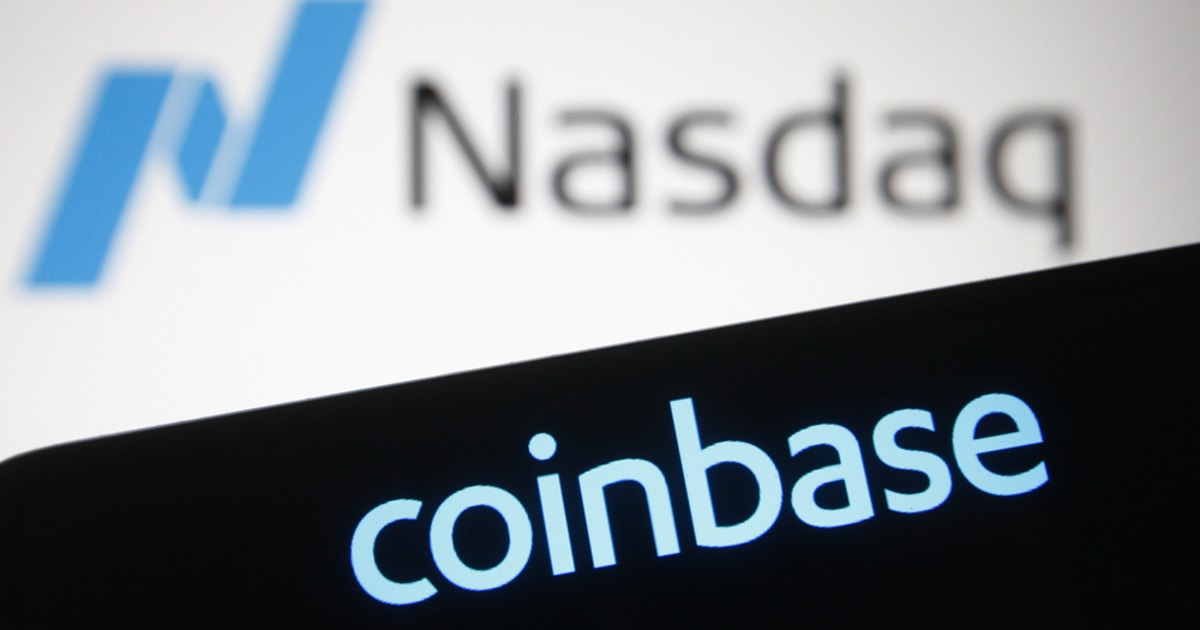 The shares then increased their value to trade as high as $429.54 and finally finished their first day of public trading on the exchange with a share price of $328. This is 14% down from its initial trading price at $381 - although is still up 31% from the reference price of $250.

Coinbase’s landmark market debut via direct listing attracted massive media attention on April 14, particularly with regards to its indicated share price. Traders scrambled to monitor the largest US crypto exchange’s value on a volatile first day following the historic listing on Nasdaq. Enthusiasm for the event was evident among traders assessing the preliminary volume figures from major crypto-derivative exchanges – Binance and FTX – that listed the Coinbase stock tokens ahead of the debut.

The development marks a milestone in Coinbase’s long journey to public debut – a plan that was officially announced in late January.

So far, the listing is the biggest yet of a crypto firm, with Coinbase stating in the previous month that private market transactions had valued the firm at around $68 billion this year compared to $5.8 billion in September last year.

The market debut represents the latest breakthrough for crypto acceptance, as an asset class that had been shunned by mainstream finance a few years ago. PayPal, BlackRock, Morgan Stanley, Square, and Tesla have all invested in Bitcoin and other cryptocurrencies over the few past months. Coinbase’s listing is important as it marks the growth of the crypto industry and its acceptance into mainstream business.