Coinbase Going Public Might Not Benefit Cryptocurrency Market After All

Coinbase has allegedly started moving towards a stock market listing that could reportedly occur as early as this year, making it the first major US cryptocurrency exchange to go public—but would that necessarily enhance exposure for mainstream investors to the crypto market? 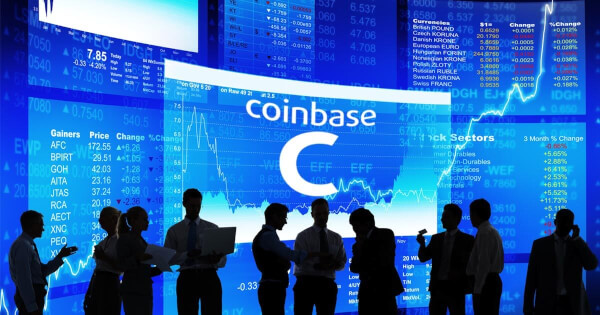 The rumored plan for Coinbase Inc’s upcoming stock market listing was reported by Reuters last week along with the news of an investor day. The story has been almost impossible to avoid on Twitter and crypto news sites, and speculation is rampant on what effects the $8 billion US exchange’s listing will have on the cryptocurrency industry as a whole.

As announced Coinbase is aiming for a direct listing that allows the immediate sale of the investors’ holdings with no cooling off period. With a direct listing, Coinbase would not need to sell new shares as it would if an IPO was chosen. Existing investors do not have lock-up restrictions on when they can sell their holdings after the listing.

No doubt, should Coinbase be successfully listed, it will be the first major cryptocurrency exchange to go public and that would in itself be a major development for the crypto-sphere, but unfortunately, it may not necessarily mean the greater cryptocurrency exposure for mainstream investors that many are expecting.

As mentioned, Coinbase has chosen a direct listing approach hoping to avoid the extraordinary effort and investment in time and resources it takes to execute an IPO, which many venture capitalists believe are no longer worth the effort.

The use of a direct listing also allows Coinbase to avoid the perception of any deals being made under the table with underwriters or bookrunners—but still requires the approval of the US Securities and Exchange Commission (SEC).

A direct listing still requires SEC approval and Coinbase will have to subject themselves to initial and ongoing disclosures of financial, tax and other information. Also expenditures on accounting, legal, compliance, and marketing. This should not really be an issue for Coinbase as it sustains a high flow of fiat capital and boasts a user base of 35 million.

How will it Boost the Crypto-Sector?

Before discussing why the listing may not be the catalyst for mass crypto adoption that many are anticipating, let us go over the obvious reasons why the listing is a big deal.

Firstly, a stock market listing of Coinbase would bring a lot of mainstream investor attention to the cryptocurrency industry as a whole and focus mainstream financial analysts on the still overlooked and misunderstood sector.

A second major benefit is that the listing would allow the public to access the inner workings and to gain insight into one of the largest players in the crypto game.

The last main factor that may boost the crypto industry is that the listing will provide mainstream investors a safer and more regulated inroad to the crypto sector. The boost to mainstream attention for cryptocurrencies and digital assets could trigger a wave of new investment, and spur further innovation for established financial markets and services.

Due to the choice of direct listing as opposed to an initial public offering (IPO), the move could simply provide the initial investors of Coinbase with an attractive exit strategy—which may eventually still benefit and foster continued growth of the exchange as it would also set up a pipeline for further financing. Regardless of the long term positive effects, if the initial investors exited on mass as the company goes public—it would create suspicion among new investors.

Most importantly, a public listing of a company like Coinbase which is valued at $8 billion would most likely see direct investment go into the business rather than boost actual mainstream cryptocurrency exposure. While this may encourage and facilitate crypto adoption and investment down the line, the effects would not be felt immediately and there is little to suggest that it would be the logical next step to the listing.

In the most severe case, Coinbase may damage its own business through the listing, as mainstream investors would seek to buy shares in the US exchange rather than choose to buy cryptocurrency directly.

Despite the potential negative outcomes, it is difficult to argue that the listing of Coinbase, or potentially any other giant of the cryptocurrency industry would be anything other than a positive indication for cryptocurrency, but it may not be the catalyst for investment and adoption that many are expecting.