Billionaire investor Tim Draper advised blockchain companies to avoid funding through an initial public offering (IPO) as regulators have made the process far too expensive. 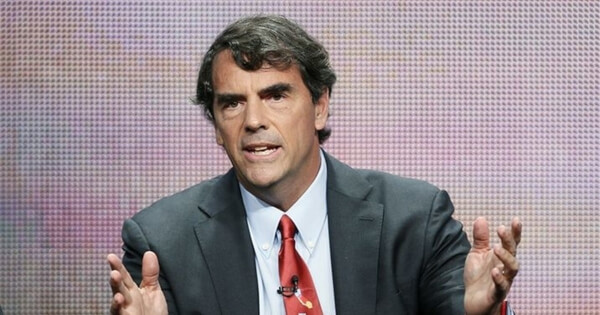 Tim Draper, an American venture capitalist and a prolific blockchain and crypto investor asserted that IPOs are no longer a practical source of funding for startups in the industry.

Speaking at the Unitize conference on July 6 on investing in emerging blockchain startups, Draper encouraged new firms to look for alternative forms of funding rather than look to go public.

Going Public Not Worth It

According to Draper, the current state of regulations is a serious deterrent for blockchain firms that wish to go public. He said, “The regulators made it so expensive to go public that it’s really not worth it.”

Draper explained that the IPO process used to be significantly cheaper and could be leveraged by companies that were worth $50 million or above. However, given current regulations, the billionaire investor strongly advised blockchain startups against the traditional IPO unless they have at least a “$5 billion market cap.”

Instead of seeking funding from an IPO, Draper said it makes far more sense for blockchain startups to gain investment from other forms of fundraising like large funds or tokenization for smaller investments.

He explained, “The largest investments are coming from those large funds, and that tends to be an easier way to get your money than trying to public.”

While speaking on the panel, Draper discussed what his early stage venture capital firm looked for when investing in industry startups—adamant that factors like country of origin, history, race, or sex make no difference to him when choosing where to invest.
Draper and his team instead looks to back “extraordinary entrepreneur whoever they are [...] with whatever history you have, whatever background, whatever religion, whatever race, whatever sex, we are interested.”

Draper reiterated that there is a growing diversity trend in the industry and all that matters is “big ideas, big markets, where an entrepreneur has a lot of passion for what they do.”

Draper is seriously bullish on Bitcoin and cryptocurrency and believes that the Bitcoin price will break $250,000 in the next three years.

In an interview with FOX, the well-known US venture investor, Tim Draper advised millennials to invest in Bitcoin if they are really interested in having a successful retirement life.

According to the billionaire venture capitalist, millennials are standing at a point in history where they have the entire future of the world financial systems ahead of them. But the most significant challenge is that millennials have inherited the banking systems from the older generation, which no longer works for the people. Draper criticized the banking systems for putting young people in thousands of dollars of debt.

Draper said, “If you are a millennial, then Bitcoin is the best place to invest your money.” He believes that Bitcoin is the key for young people who want to ensure that they have sufficient money for retirement.