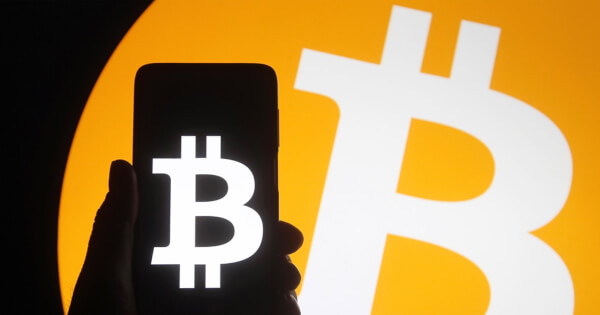 Despite experiencing this dip, Dan Tapiero, the co-founder of fintech and digital assets firm 10T Holdings, believes that BTC has not missed a step in its journey of hitting $100,000 by the third quarter of 2021. He explained:

“Looking at 100 trillion USD-Bitcoin chart. So far, kudos. Yes, 100k very possible by Q321 but then SIDEWAYS until 2024! What will bitcoiners do for 3.5 years as mkt hovers around 2-3 trillion mkt value? BTC becomes stable pristine collateral as DAE gets built up around it.” 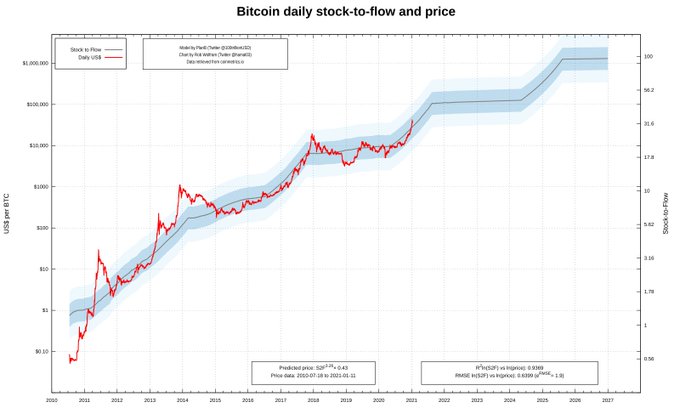 Based on Tapiero’s analysis, after surging to $100k in Q3 of 2021, Bitcoin will be subjected to a ranging market given that it will move sideways until 2024, and this will make the leading cryptocurrency a stable collateral, which will not need any intermediaries.

Therefore, it looks like it's boiling down to a matter of when, not if Bitcoin hits the $100,000 mark. Earlier this month, leading American bank JPMorgan Chase & Co. disclosed that the target price of $146,000 could be breached in the long term if more public support and market share evaded traditional safe-haven asset gold for Bitcoin.

Crypto analyst Tone Vays has revealed that BTC’s price ought to hold the $31,500 level because a deeper price plunge will see the leading cryptocurrency plummet to the mid $20k range.

Nevertheless, the holding gospel is continuously being preached because some analysts see it as the light at the end of the tunnel in the long term. Crypto trader and technical analyst Michael van de Poppe recently stated that holding Bitcoin for the long term was key because its price is still skewed upwards above the all-time high (ATH) of $20,000 set in December 2017.

His sentiments are echoed by Isaiah Jackson, the co-founder of KRBE digital assets group and author of “Bitcoin & Black America,” who believes that BTC is good for the future because it will fix economic injustices.  He, therefore, encourages Black investors to jump on the BTC bandwagon. Time will tell what Bitcoin has in store in 2021.