Founded by RippleLab’s Chris Larsen and Jed McCaleb and released in 2012, Ripple is a global payment system that aims to replace the SWIFT system of cross-border payments with their open-source distributed ledger technology, the Ripple Transaction Protocol (RTXP). 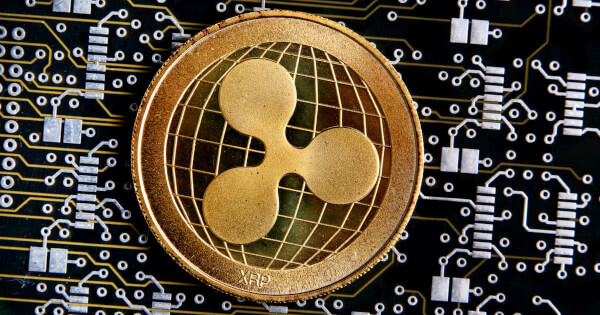 The purpose of Ripple is to create an “Internet of Value” through a digital platform that transfers and exchanges value, in the form of tokens, across the world in the same fashion that the internet allows for the near-instant transfer of information.

Ripple mainly targets the banking industry and other payment providers by allowing financial institutions to make real-time gross settlements across the RippleNet through their RTXP platform. Due to the growth in the international remittance market, the company has become very popular, and is currently the second-largest fintech firm in the US, valued at around $10 billion dollars.

RippleNet as the Internet of Value

The RippleNet is the digital network based on the Ripple Transaction Protocol (RTXP) that banks and other regulated financial entities can join to facilitate communication and payments with one another.

The RippleNet is run by “validators” who ensure that each transaction follows the RTXP protocol. Ripple authorizes a group of validators to act as trusted and permissioned nodes to update and confirm transactions on the ledger if they are all in agreement that the transaction plays by the rules.

To access the RippleNet and make use of their transfer and exchange service, one must first enter through a Gateway, which is usually run by a bank or other financial entity. Businesses can also access Gateways and the RippleNet through Ripple products XCurrent, XVia, and XRapid, which help optimize and integrate businesses’ current payment solutions with the RTXP system.

What is RTXP and XRP? How Does It Work?

RTXP is Ripple’s alternative to a blockchain. As opposed to Bitcoin, which uses a proof-of-work algorithm to update the blockchain and hash each block with a unique code, RTXP is run by trusted and authorized validators in accordance with the Ripple Consensus Protocol (RPCA).

Because the validators are already selected and don’t have to spend the energy and time solving a cryptographic puzzle, transactions occur much more quickly, and are broadcast across the nodes and validated in a mere 5-7 seconds, as to opposed to Bitcoin’s block time of 10 minutes. Furthermore, Ripple can process 1,500 transactions per second.

This also means that while Bitcoin nodes “mine” BTC coins to update the blockchain, Ripple validators do not. In Ripple, no mining occurs, and validators (possibly banks or other invested institutions) maintain the ledger just to continue benefitting from the use of that technology.

Ripple uses two tokens, XRP and IOU, to represent the transfer of value across the system. XRP tokens can be exchanged between banks for fiat currencies.

For example, if someone in America were to send USD to a friend in China (who uses CNY), the US bank could trade USD for XRP, and then trade XRP for CNY, without processing fees and waiting 3-5 business days.

An IOU, on the other hand, is a form of debt, and can either be redeemed at a Gateway for the asset it represents, or can be stored digitally in a wallet on a “line of credit.” IOUs are issued by Gateways that act as middlemen and can stand in for nearly any kind of asset, such as fiat currency, cryptocurrency, securities, and other commodities.

Another aspect of Ripple’s XRP coin is that its supply is finite. 100 billion XRP have already been created, and due to transaction costs, the overall supply should dwindle over time.

Currently, the majority of XRP is held amongst the founders, banks, and in a private escrow account. The company profits by selling XRP and its software to clients, and by holding their majority stock of XRP, which they hope will appreciate over time.

The two stand-out criticisms of Ripple are its centralized nature and reliance on trust.

Although Ripple has no direct control over the validators that maintain the RTXP ledger, the founders have enough XRP and power to influence the RippleNet if they wanted to.

Also, because there is only a small group of validators running the network compared to Bitcoin’s truly decentralized system of miners, there is concern that these validators could potentially work in concert to defraud the users.

In addition, because the majority of XRP is localized among its founders and in partner institutions such as banks, Ripple is not as equally distributed as other cryptocurrencies. XRP’s value is also not necessary for Ripple’s success, as their RTXP open-source protocol can be used without XRP, and its IOU token also has utility. As a result, Ripple is not dependent on its community for investing in XRP, leading many to wonder if Ripple offers any value to average consumers.

The RippleNet has also drawn parallels to the traditional banking system with its network of Gateways acting as middlemen and requiring trust. Gateways are entry points for one to exchange currency or assets on the RippleNet. However, there is no guarantee that the Gateway will be able to reimburse an IOU.

Therefore, users must trust the Gateway to fulfill its promise and pay its debt. It is important that users exercise caution when accepting payments from untrustworthy Gateways, and Gateways, in turn, must be wary of dealing with other Gateways that are untrustworthy.

The issue of trust and paying with credit are fundamental concepts of the banking industry that most cryptocurrencies tend to avoid. Bitcoin, for example, is famously trust-less, and no transaction can be made unless it is final. Although this has raised much concern and criticism from those in the crypto community, one can see the rationale behind using IOUs in the case that one was purchasing something physical that requires time to send by mail.

In conclusion, Ripple hopes to create the Internet of Value with its RippleNet, allowing for the seamless and quick transfer of any type of asset under any condition. Multiple banks, including Santander and Union Credit, are using Ripple technology. Ripple has also partnered with payment processor MoneyGram, so it is making headway in adoption.

Finally, as Ripple is compliant with the new ISO20022 electronic payment communication standard, which is set to be adopted globally by banks within the next decade, the future of Ripple and XRP is in good hands.