Lawmakers in the US are coaxing the federal government to consider a national blockchain strategy for regulation and growth, citing China’s Blockchain Service Network as an example. 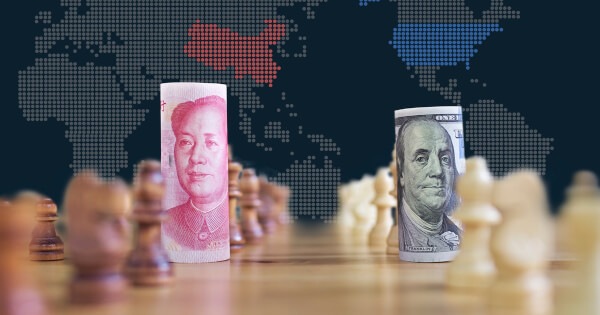 US Wakes up to Blockchain

A document released earlier this week shows House Rep. Brett Guthrie calling for a detailed study into blockchain technologies and their impact across industry, international financial frameworks, and governance.

If passed, the independent bill will provide the Federal Trade Commission (FTC) with two years of budget and time allocated towards the design, philosophy, and research of distributed ledger technology (DLT).

In the bill, Guthrie calls for blockchain adoption and use in the various avenues, such as the state, corporate organizations, broader blockchain development, use in risk mitigation, consolidation of prohibitive federal statutes, and even legislative frameworks.

The bill notes US allies already have a blockchain strategy in place, such as Germany and France. In addition, it states the 2-year-study must include detailed plans of over 10 countries working towards blockchain development or including the protocol as part of larger plans.

When all is said and done, the strategy will help create a “comprehensive” blockchain-based organization for the United States.

Interestingly, Guthrie cites China’s influence and progress in blockchain technology as something to be wary about, stating:

"We cannot let China beat us."

He indicated staying a step ahead of China is crucial, even more in times such as the ongoing coronavirus pandemic.

“The ongoing coronavirus pandemic has made it clear that we need to maintain American leadership in technology,” he said in the statement. “America is a nation of innovation and enterprise – and we need to keep it that way.”

China, for all purposes, is currently leading the world in blockchain study, framework, and regulation. Highlights include the creation of a national blockchain strategy (BSN), pilot projects on digital currencies, and dedicating entire areas towards DLT research and development.