Stocks have seen their worst day in three months, as the market has been concerned about a possible second wave of coronavirus cases as lockdowns have been easing in certain states in the US. 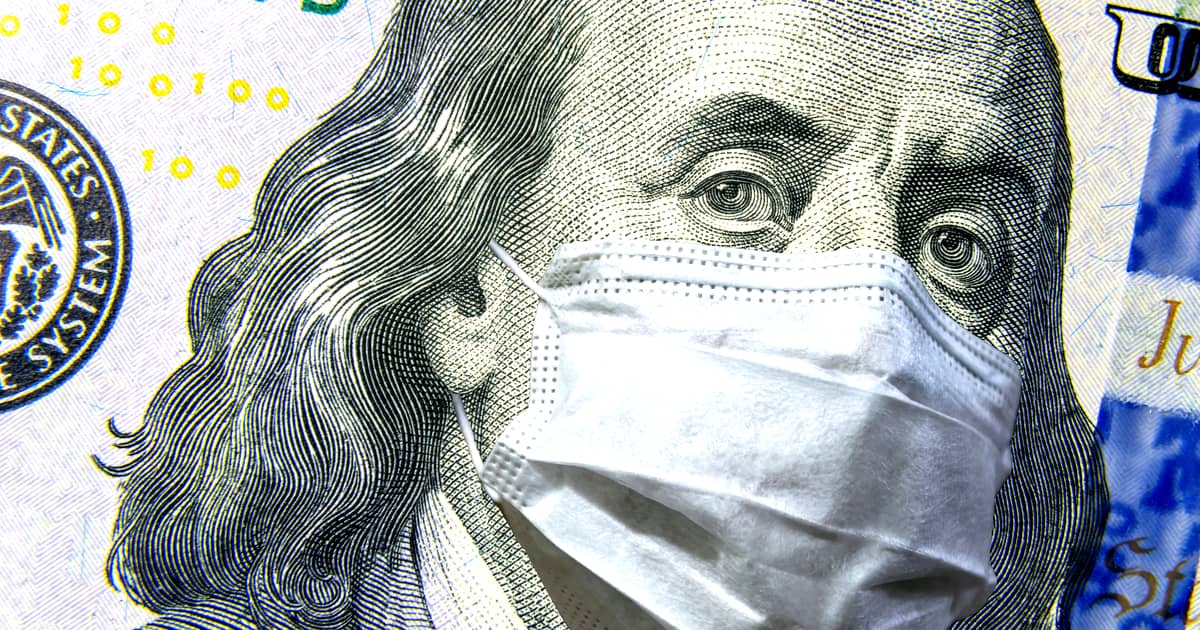 Along with the risk of a second wave of infections in a few of the US states, US President Donald Trump’s re-election prospects increased uncertainty in the market, according to Eli Lee, the head of investment strategy at the Bank of Singapore.

With jobless claims reaching more than double their peak during the Great Recession, at 20.9 million, US stocks slid, and Bitcoin price also witnessed a slump in the last 24 hours.

The Dow Jones Industrial Average plunged 6.9%, the S&P 500 fell 5.9%, and the Nasdaq dropped 5.3% near the end of the day. This trend marked its first three-day losing streak since early March when the coronavirus pandemic became a threat to the US economy.

The recent uptick of coronavirus-related hospitalizations became a catalyst for a grim outlook from the US central bank, according to Dan Deming, the managing director at KKM Financial. “The sense is maybe the market got ahead of itself, which makes sense given the fact that we’ve come so far so fast. The reality is this thing’s going to linger longer than probably the market had anticipated.”

Oil futures also fell for the third consecutive day of trading due to concerns over global energy demand, which depended on the currencies of oil producers and countries that rely on exporting commodities. The oil benchmarks are also heading for their first weekly declines in seven weeks.

Bitcoin struggled to reclaim its price at $10,000 as its price slid to $9,100 after fluctuating around the $9,500 mark for about a week. Bitcoin price takes a dip as institutional investors have been feeling uncertain about the market under the current crises.

COVID-19 has highlighted vulnerabilities in the fiat world

Bloomberg recently published a report on its crypto outlook in June 2020, suggesting that the COVID-19 pandemic has been pushing Bitcoin’s maturity, and Bitcoin is gaining the upper hand, against the stock market.

Progressing towards the digital equivalent of gold, Bitcoin’s volatility is at its lowest-ever against crude oil, indicating that the cryptocurrency is joining the mainstream market.

While the Fed is considering the launch of the digital dollar, Facebook’s Libra coin is getting a portion of the spotlight, in particular with the hiring spree of three C-level executives with strong compliance track records.

In Asia, the Chinese yuan is also heading for its biggest daily decline in two weeks, which is in line with Goldman Sachs analysts’ prediction. Goldman Sachs is expecting the Chinese yuan to fall to its lowest since 2008 in the coming months due to the existing US-China trade war, and now the US potential sanctions on China over its feud over Hong Kong.

The yuan has been forecasted by Goldman Sachs to fall to 7.25 per dollar during the next three months before recovering to 7.15 per dollar over six months, then to 7 per dollar in the next year. As the firm sees the yuan falling to its 2008 low, the potential for Bitcoin to experience an explosive price rally has been raised.

Bitcoin comes in for people who are looking to bypass China’s strict capital control over sending money offshore. China has previously banned Bitcoin trading as well as trading of other cryptocurrencies, although the development of blockchain has been widely praised in the country.