In Hong Kong, the FinTech Week 2021, which launched on November 1, hosted a seminar on misconceptions about cryptocurrencies titled "Crypto in 2021: Misconceptions, Lessons & Opportunities Ahead" on Wednesday, November 3. 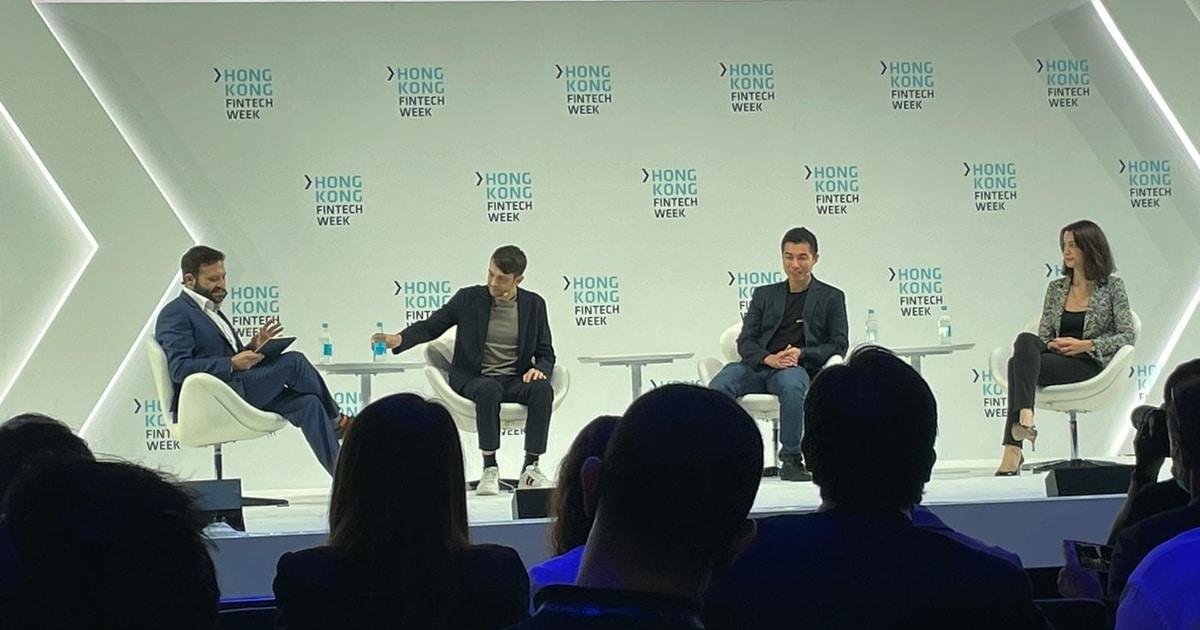 The yearly global event provides a platform for participants worldwide amid the pandemic of Covid-19 to share their innovations, experience and insights.

The talk covered topics such as how to make sense of this emerging asset class and its implications for the digital economy, the characteristic of decentralised finance (DeFi) and non-fungible-token (NFT).

More than ten years ago, misconceptions about cryptocurrencies had been prevalent since these inceptions, with Bitcoin being the first to revolutionise the blockchain system.

Even though cryptocurrencies have come a long way, there are still doubts and misconceptions stopping people from investing and exploring the system.

One of the common misconceptions about digital assets is that many believe crypto falls into traps as the tools for illegal activities. However, experts believe that it has moved past that since its early days. For example, Lucy Gazmararian, Founder and Managing Partner of Token Bay Capital, said:

"Cryptocurrency has moved light-years from being used for illicit activities and there is less money laundering or flow of money from illicit activity in the crypto world than there in the fiat or existing banking system,"

Sceptics question the value of cryptos and ridicule investors for backing unregulated, speculative assets. But the reality is that cryptocurrencies are borderless, global currencies that fluctuate based on demand and supply.

Crypto markets are seen as the most volatile. Its volatility can be affected even by Tweets from influential people such as billionaire Elon Musk, the founder and CEO of Tesla Inc.

In June this year, the price of dogecoin (DOGE) experienced a slight increase from $0.242 to $0.266 after Musk tweeted himself and showed his support an update to the proposed average transaction fee for dogecoin.

The dramatic increase in the value of cryptos has led many people to dismiss them as nothing more than speculative assets with no purpose or intrinsic value.

But like all fiat currencies, cryptos are only worth what somebody is willing to pay for them. They are different from physical assets like a house, where despite the price declines, a person still has a house.

Another misconception is that cryptocurrencies are unsafe and get hacked. However, the blockchain is one of the more secure options for financial transactions. While some markets are hacked because of poor stewardship, overall, blockchain remains secure throughout.

Blockchain is described as a chain that changes not only one block but also the surrounding blocks and is picked up by the network, making it extremely difficult to corrupt.

Some of the most popular cryptocurrencies in the world are Bitcoin (BTC), Ethereum (ETH) and Shiba Inu (SHIB). In 2009, the first decentralised cryptocurrency, bitcoin, was created by presumably pseudonymous developer Satoshi Nakamoto.

Countries such as El Salvador has officially adopted bitcoin as legal tender, which has helped Panama to observe and plan a similar path, while China, the US and the UK are also investigating launching their own cryptocurrencies.

According to experts, cryptocurrency and blockchain aren't a new segment of an economy but rather a new economy in itself.

But some choose to consider it to be a paradigm shift and a new foundation coming into the economy rather than a new segment of an economy. Ben Caselin, Head of Research & Strategy, AAX, shared his thoughts during the Hong Kong FinTech Week 2021.

"The crypto world is still inherently global and orderless, but the question arises what kind of world can we build on top of that? And how will that influence the existing economy?"

In terms of decentralised finance (DeFi), a blockchain-based form of finance that does not rely on central financial intermediaries, numerous financial institutional investors have begun seeing ways to benefit from it.

"The whole of DeFi is incredibly disruptive, but it's just not fully appreciated yet," said Gazmararian.

"When we see headlines such as the French bank Societe Generale stake tokenised bonds to receive a loan in DAO, something is up. It shows that now you are leveraging this new infrastructure that's operating on a blockchain. Most importantly it's new to liquidity. Suddenly you have access to global pools of liquidity," she said at the FinTech seminar.

Although DeFi provides a free space for investors, it has its cons.

SQUID, a cryptocurrency inspired by the popular Netflix series, crashed after jumping more than 310,000% in value. The slump once recorded 99.99%, according to the CoinMarketCap.

"Many people find these cheap tokens such as SQUID of great interest, and they believe this is a cheap token so they buy a lot of that. But people will get burnt from that type of thinking. These tokens may seem legit but eventually, it turns out that it is not. In the end, what you want to look at instead is how are funds distributed, is the team centralised, can they be comprised?" Caselin said.

"This is not just another financial market, it comes with a different logic. It's based on different principles. So there is going to come a regulation which helps to create some form of safety against scams." he said.

Cryptocurrency and blockchain are catering heavily to the younger generation who are tech-savvy.

With the dawn of NFTs, teens and youth in their early twenties are making the most of it.

Jaide Stipp - 15 years old - sold his artwork, a digital illustration of a waving, astronaut-like cartoon figure, for nearly $60,000 via blockchain.

"It's amazing how people in their early twenties talk about auctions through crypto. It's crypto that caught attention about the opportunity but at the same time they are learning about banking and finance," said Christian Ng, Principal, GBV.