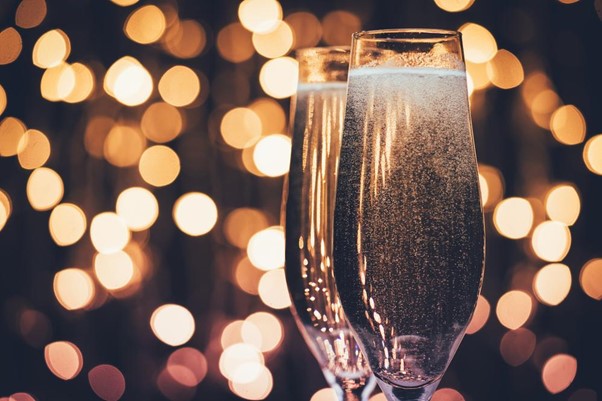 2020 will go down as a good year for crypto and a very good year for TRON. While the entire industry came on in leaps and bounds, the progress made within the ever-expanding TRON ecosystem was particularly impressive, giving even its skeptics pause for thought. While there is still much work to be done in selling the decentralized dream to the masses, within the crypto sphere, TRON gained begrudging respect for its progress, amidst a flurry of integrations, partnerships, and new products.

From a PR perspective, the highpoint of the year for Justin Sun was his lunch with Warren Buffet in January, which he described as a “defining career highlight.” The TRON founder paid over $4.5 million for the privilege of an audience with the investment tycoon, and used the opportunity to redpill Buffet on crypto.

The greatest progress TRON made this year wasn’t on camera, however, but onchain. The metrics posted by the decentralized network make for impressive reading, clocking up 100,000 daily active users and reaching 1,400 dApps, whose daily transaction volume now stands at over $12 million.

By summer, decentralized finance had arrived on TRON, aided by the launch of the JustSwap DEX for exchanging TRC20 assets. This prompted a string of yield farms to spring up, attracting users on account of the ‘free money’ and the ability to compound gains by reinvesting farmed tokens, thanks to TRON’s low-fee environment.

TRON’s defi foray wasn’t just about food coins and meme tokens though – despite the launch of the SUN cryptocurrency. The development of the Just platform for crypto collateralization and issuance of USDJ stablecoins has provided a framework for building defi primitives on TRON, paving the way for lending, trading, and yield generating opportunities.

Justin Sun loves a partnership announcement, and he had plenty to shout about in 2020. His tweetstorm likening BitTorrent to Bitcoin got tongues wagging, not least from YouTuber Crypto Zombie, who deconstructed the thesis tweet by tweet. Sun’s description of BitTorrent as “the most disruptive tech in the history of data itself” may have been tinged with hyperbole, but he does have a point: the network now boasts over 100 million users and is connected to 1,000 TRON nodes following the launch of BitTorrent File System (BTFS), which is viewed as a direct competitor to Filecoin.

Somehow this year, TRON also found the time to acquire micro-blogging network Steemit and partner with Samsung to have its dApps added to the smartphone giant’s app store. There were also partnerships with Waves, to provide cross-chain interoperability, and Band, to obtain decentralized price oracles. To close out the year, TRON struck a deal with Huawei to have BitTorrent apps added to its app store.

All in all, it’s been a prolific year for TRON, and we’ve not even touched on the arrival of WBTC courtesy of BitGo or the forthcoming launch of TUSD. As 2021 prepares to grind into gear, expect more partnerships, integrations, use cases, and headlines for the TRON network, led by the one-man publicity machine that is Justin Sun.

Disclaimer: The views and opinions expressed in this article are those of the contributor and Blockchain.News does not endorse and is not responsible or liable for any content, accuracy, quality, advertising, products or other materials on this page. Readers should conduct their own research before taking any actions related to this company. Blockchain.News is not responsible, directly, or indirectly, for any damage or loss caused or alleged to be caused by or in connection with the use of or reliance on any content, goods or services mentioned in this article.