Mercado Bitcoin, the largest cryptocurrency exchange in Brazil, has announced its plans to add sports token Chiliz ($CHZ) to its existing list of digital assets. 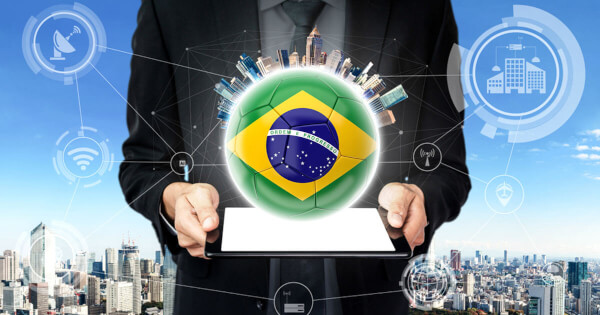 This is big news for the developing blockchain fintech company specialized in sports and entertainment Chiliz, as Mercado consists of the largest digital asset trading platform in Latin America.

With $CHZ being accessible on the largest cryptocurrency exchange in Latin America, the fan token may significantly increase in popularity, as Mercado Bitcoin currently has more than 1.9 million registered users on its platform.

Chiliz is a sports blockchain platform focused on sports and entertainment, that developed Socios.com as an app that could be used for sports trading purposes. Socios.com encourages fans to vote in club polls and earn digital assets as rewards for their efforts. The payout is in $CHZ and is also known as “Fan Tokens”. Chiliz utilizes $CHZ as the sole on-platform currency and runs on a personalized blockchain infrastructure.

The sports-focused digital trading platform has previously extended its entertainment services and partnered with renowned “big names” in the sports industry, notably FC Barcelona, Juventus and Paris Saint-Germain, among others.  Not only are their $CHZ tokens used in soccer-related sports entertainment, but in May, Chiliz has also partnered with UFC.

Tokenization in the Sports Industry

The sports industry appears to be also slowly making their way towards globalizing tokenization, with FC Barcelona launching their own Fan Token, $BAR, earlier in June 2020.  This move generated $1.3M in sales revenue in less than 2 hours. Enthusiastic about the record sales time of fan tokens, CEO and Founder of Chiliz Alexandre Dreyfus took to his Twitter account and wrote that the token flash sale was a success, with fans and crypto enthusiasts from 106 countries buying the Fan Tokens.

He also tweeted about his recent partnership with Mercado Bitcoin, saying that Chiliz is the first ‘altcoin’ or proper utility token to be listed on the leading Brazilian crypto exchange. He is enthusiastic about the fact that Mercado Bitcoin has a nearly 2M user base and thinks that the partnership with them will consolidate his strategy to expand his crypto company growth to Latin America and Brazilian teams.