TikTok and WeChat Get Banned From United States App Stores 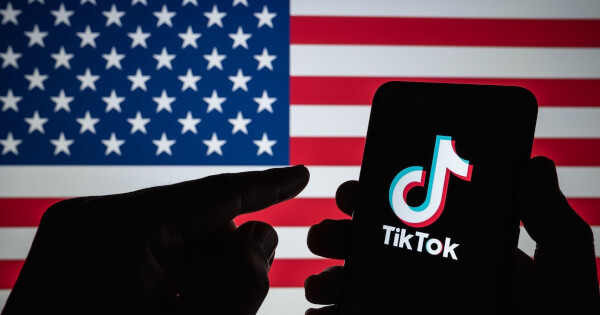 The Trump Administration's ban of TikTok which was made known by the US Department of Commerce is also accompanied by the ban of WeChat, another Chinese-owned social app that is operational in the US.

The ban of TikTok for the US app stores was forewarned back in August when President Trump signed an Executive Order prompting the China-based entity to sell its North American operations which covers its presence in the United States, Canada, Australia, and New Zealand.

As Blockchain.news reported at the time, President Trump and government officials expressed serious concerns that TikTok is being used by the Chinese government to collect the personal data of the 80 million Americans who make use of the app.

While the claims have been bluntly refuted by ByteDance officials, the government has been unswerving in its bid to get rid of the app.

“Today’s actions prove once again that President Trump will do everything in his power to guarantee our national security and protect Americans from the threats of the Chinese Communist Party,” said U.S. Department of Commerce Secretary Wilbur Ross. “At the President’s direction, we have taken significant action to combat China’s malicious collection of American citizens’ personal data, while promoting our national values, democratic rules-based norms, and aggressive enforcement of U.S. laws and regulations.”

According to the department of commerce, the similarity in the threats posed by TikTok and WeChat can be seen in their activities as both collects swaths of data from users, including network activity, location data, and browsing and search histories which can easily be accessed by the intelligence services of the Chinese Communist Party.

What The Ban Entails

While the department identified other areas for which the app’s operations and functionalities are banned, it noted that further restrictions may be imposed at a later date.

Could this Ban Have Been Been Prevented?

In his Executive Order, President Trump gave the only condition for TikTok to continue operating in the US which is to give up 100% ownership to a US company. With the president’s nudging, renowned tech firms in the United States including Microsoft Corporation, e-commerce giant Walmart, and Oracle showed interest in purchasing the app.

With Microsoft initially tipped to be in the lead to acquire the app, a recent twist showed ByteDance picking Oracle as its chosen technology partner in the US. The details of the agreed deal involve Oracle owning a partial stake in the company as most of TikTok’s shares will still be owned by parent company ByteDance.

While the president’s stance on the deal has been made clear with the pronounced ban, Americans have till Sunday, September 20 to have the last taste of the apps short video sensations.