Microsoft has confirmed they are in talks to acquire TikTok from China’s ByteDance Ltd, promising to address privacy concerns that have President Trump calling for the social video apps ban. 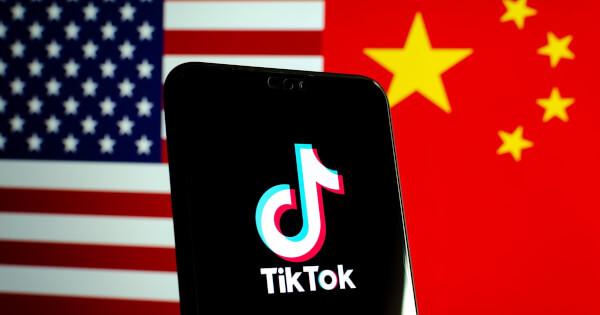 As reported by Bloomberg on August 3, Microsoft has confirmed that they are in discussions to buy TikTok’s operations in the United States as well as Canada, Australia, and New Zealand. The technology giant has been engaging with the White House on the deal that should be completed by September 15.

US security and government officials have expressed serious concerns that TikTok, which is wholly owned by Chinese firm ByteDance, is being used to collect the personal data of 80 million Americans. While TikTok has denied these rumors that it shares information or is influenced by the Chinese Government which has done little to satisfy President Trump.

The discussions between Microsoft and ByteDance are moving quickly, and time is of the essence as the BBC reported that Trump may sign an executive order to ban TikTok from the US as early as August 8.

"As far as TikTok is concerned, we're banning them from the United States," President Trump told reporters aboard Air Force One.

Microsoft CEO, Satya Nadella has been in discussions with President Trump on the likely acquisition of TikTok—pledging to add more security and digital protections for American data acquired by the Chinese social video app.

“Microsoft fully appreciates the importance of addressing the President’s concerns,” a statement from the company said, “It is committed to acquiring TikTok subject to a complete security review and providing proper economic benefits to the United States, including the United States Treasury.”

TikTok is undoubtedly one of the most popular apps in the world, boasting more than 2 billion downloads, with over 150 million of those occurring in the United States. ByteDance is allegedly prepared to sell 100% of TikTok’s US operations as a way to appease President Trump and keep TikTok on the global stage, which has prompted Microsoft acquisition discussions.

While Microsoft looks to step in, Block.one appears are looking to scoop up the 80 million Gen Z dominant US subscribers of TikTok in a way that could see incredible gains for Bitcoin and the cryptocurrency market.

Block.one have created their own social media platform called Voice, which aims to bring alignment and transparency to social media. Representatives have been citing concerns with TikTok privacy as a reason to move to the decentralized Block.one alternative.

On July 30, Brock Pierce Chairman of the Board at Bitcoin Foundation and Co-Founder & Board Member at EOS Alliance tweeted, “Gen Z is mobilizing to stand up for their rights and privacy! Individuals can make a difference. EVERY VOICE HEARD.”

While there are a slew of other blockchain-based social media platforms in development, Pierce who is also running for President of the United States on a technology platform has continued to highlight the urgency of the TikTok situation.

On August 2, Pierce further tweeted, “Social media and tech companies that exploit our data should be held accountable by the American people. Instead of harming us, technology can help us connect and grow our economy. #BrockTheVote #BrockPierce #Election2020”

Pierce is an early Bitcoin investor and has a history of making accurate predictions in technology. Should TikTok be banned it would leave a hole in the US market where 80 million users may be looking for alternatives and additionally, shepherding these users into cryptocurrency leveraging apps would no doubt send the Bitcoin price and the overall cryptocurrency market soaring.