Brock Pierce jumped into the presidential race at the last minute as an independent, which all but guarantees he has no chance against the two majority parties in the US system—so why is the crypto venture capitalist running? 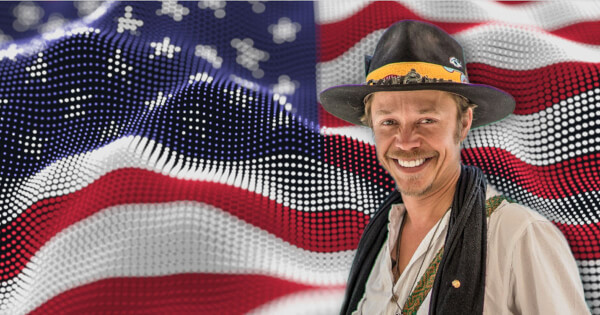 Speaking at the Unitize conference on July 7, Brock Pierce discussed his motivations for his sudden entrance into the presidential election. Despite being extremely unlikely to win, Pierce believes his campaign will serve as an inspiration to younger voters as well as highlight the benefits of blockchain.

Through his campaign, Pierce hopes to create a regulatory sandbox for innovative blockchain startups to flourish and be able to innovate unrestricted by the stiflingly expensive license fees. He alluded to the exodus of American innovators seeking safer environments.

Pierce said, “I’m watching many of the best innovators in our nation moving to Asia, moving to Europe, moving to other places because they don’t feel safe to innovate and experiment.”

Understanding the State of Tech

While Pierce did openly concede that his chances of winning were not great, he still argued that a president who understands the current state of technology and digital payments could have distributed the COVID-19 stimulus packages much faster.

Although many formal conversations were had at high levels of US Government regarding the digital distribution of stimulus money and even some private fintechs were engaged to issue the payments to businesses—many Americans were forced to wait months to receive the emergency relief fund.

Pierce argues that the US needs people that understand what’s actually happening in the world of blockchain and payments right now. He said, “Those of us in this business on the front lines are actually designing the tools, creating the systems that are going to create the future that we’re all going to live in.”