During an open hearing by the House Committee On Financial services yesterday, the Honorable Christopher Giancarlo once again advocated for the use of a Central Bank Digital Currency (CBDC), effectively digital dollars, as a solution to directly distribute the COVID stimulus packages to citizens. 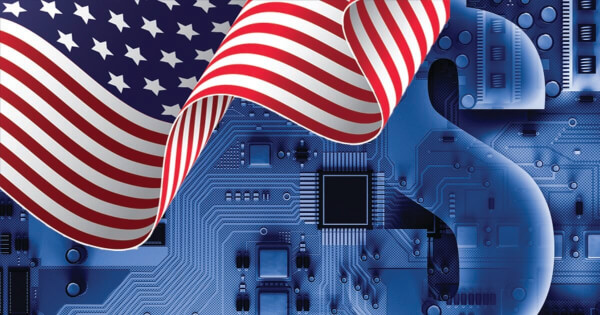 Members of the House Committee On Financial Services met for the open hearing Task Force On Financial Technology held yesterday, June 11. The hearing focused on the topic of the US government's ability and options for delivering stimulus payments efficiently to citizens – and specifically discussed the more than 8 million unbanked families across the US.

While several views were discussed, Giancarlo made the case for strengthening the existing payment rails and the two-tier banking system through the development and functions of a CBDC or a digital dollar. He also warned that China’s focus on their own CBDC development, could undo the US dollar's utility as the defacto global currency.

CBDC Could be Effective in Delivering Stimulus

While the central banks around the world have been experimenting with their own CBDC development, Giancarlo views the development of sovereign digital currencies as inevitable.

Addressing members of the House Committee, Giancarlo advocated for the use of digital dollars as a solution to directly distribute the proposed stimulus money. A CBDC would be distributed through a two-tier system in the same way that cash is distributed now.

A former chair of the CFTC, Giancarlo is now the director of the Digital Dollar Project and believes that a CBDC would be akin to critical infrastructure for the future—a future which in his mind appears to be all but inevitable.

Despite China’s race to secure their own CBDC, or DCEP (Digital Cash Electronic Payment) as they are calling it, Giancarlo is positive that a digital dollar built in line with US standards and built-in privacy will be far superior.

He also warned that stifling the US’ development of CBDC could see China usurp the US dollar as the defacto world currency.

Giancarlo believes that the development of the digital dollar should not be rushed, despite the pressure from China, and will most likely not be able to address the needs of stimulus distribution in the short-term.

In the long run, however, Giancarlo argues that young people everywhere and even citizens in rural communities are very comfortable with digital devices and if broadband and mobile access were more available—a CBDC would be the most effective way to onramp millions of the unbanked into mainstream banking services.