The newly nominated Comptroller of the United States Office of the Comptroller of the Currency (OCC), Brian Brooks has affirmed that the agency is not planning any ban or to place any stringent regulation on Bitcoin and cryptocurrencies. 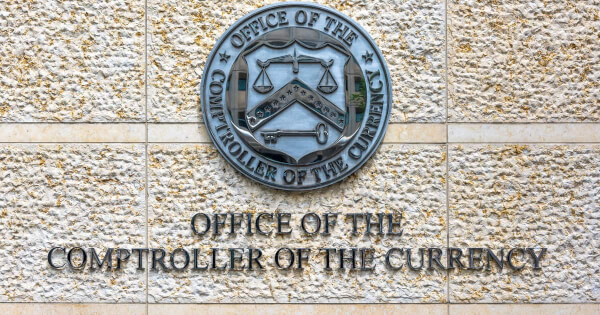 The OCC Has Good Plans For Bitcoin

Asked by Melissa Lee on CNBC Squawk Box, the former Chief Legal Officer at Coinbase cryptocurrency exchange quelled rumors making the rounds about regulation or a ban on Bitcoin and cryptocurrencies. In response Brooks said;

“We're very focused on getting this right. We are very focused on not killing this, and it is equally important that we develop the networks behind #bitcoin and other cryptos as it is we prevent money laundering and terrorism financing."

Brooks noted that the position of the agency is to embrace a balanced approach so that both regulators and investors in the space will be carried along. The OCC boss also responded to a query seeking to know if more regulations covering the cryptospace will be rolled out by the end of the Trump administration. Brooks responded by saying that there is going to be a lot of positive news coming from the White House in the coming days and much of it will border around banking, blockchain, and digital currencies.

“So, believe me, there’s gonna be lots of positive messages coming out.”

The freedom to develop that the Office of the Comptroller of the Currency is giving to cryptocurrencies, particularly Bitcoin and stablecoins, is not passing without a rebuff.

According to a Blockchain.news report back in November, some Democrat members of the United States Congress led by Congresswoman Rashida Tlaib (D-MI) criticized the Office of The Comptroller of the Currency (OCC) for having an "excessive focus" on cryptocurrencies and stablecoins, arguing crypto-related financial services move too far away from the core business of banking and finance.

Nonetheless, the OCC according to Brooks is aware of the risks associated with digital assets and is handling regulations in the space by being “honest” about that fact.