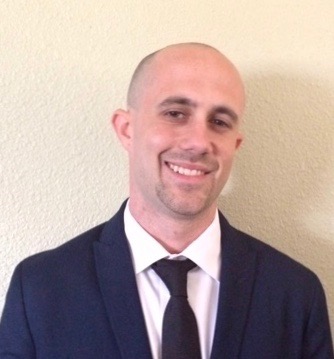 It involves having users generate content and data that then gets collected and monetized by the network. You spend lots of time posting photos, writing comments, liking/sharing content created by others…and you do it all for free.

As the world becomes more decentralized thanks to blockchain technology, however, arrangements like this one start to look less and less appealing. One day, we may look back on them and think, “how did anyone think this was cool, and why did anyone participate?”

The introduction of Steemit in 2016 was a hallmark moment in social media history. For the first time, users could be in control of their content.

On Steemit, no one owns or controls the network. Just like everything else built on blockchain, Steemit is decentralized.

How does it work? Steemit rewards users with STEEM for participating in the community. Create valuable content that others enjoy while being a positive member of the community, and you will earn STEEM.

The more upvotes your content gets, the more you earn. You also get STEEM when you upvote posts created by others.

Upvotes by veteran users with more STEEM Power generate more STEEM than upvotes by newbies. There are three things you can earn on Steemit:

– STEEM, which is the cryptocurrency that can be traded on exchanges,– STEEM dollars, a debt-like instrument that promises the holder $1 for every Steem dollar at some point in the future,– STEEM Power, which gives you greater influence over post payouts

You can choose how you want your rewards distributed. The default is 50/50 STEEM tokens and STEEM dollars. Another option is to convert all of your STEEM and STEEM dollars into STEEM Power, a process called “powering up.”

Voting, sharing, and commenting all represent transactions in the STEEM blockchain. They can’t be reversed by anyone. While this is a great anti-censorship feature, it may annoy some users (think twice before you post anything embarrassing or compromising – there’s no “delete” button). That holds especially true for the video-sharing element of Steemit.

Dtube is Steemit’s video sharing platform. It’s like YouTube combined with Steemit. Users get rewarded for the content they create on Dtube in the same manner as Steemit.

It’s elegantly simple and ridiculously rewarding – both in terms of crypto and user experience.

Steemit is not a get-rich-quick scheme. Still, by participating in the community, you can:

There is a slight learning curve when it comes to getting used to the way Steemit works. Users of Reddit may find the user-interface intuitive while others may struggle to adjust.

Thankfully, the Steemit FAQ answers most of your questions.

Blockchain technology has ushered in a new and exciting era of social networking.

Crypto Social Networks are the Future

Imagine what the future can hold for a decentralized crypto social network.

Everyone will be rewarded for sharing photos of their dog and what they had for dinner last night. Funny video of something that happened when you went out for drinks the other night? Share it! You could earn something from it on a crypto social network like Steemit.

And keep in mind that there are plenty of other crypto social networks out there. Steemit is just the first and is currently the most popular.

A new era of editorial freedom is also upon us. It’s not just about profit sharing with users. It’s about user empowerment.

Those long-winded political rants or controversial blog posts won’t get your account banned. Previous posts won’t be censored – everything will be secure and immutable in the blockchain.

While there are a few bots that patrol the Steemit community watching for spam and plagiarized content, there are a lot fewer trolls and almost zero censorship. Compared to what has become of the more mainstream networks, Steemit feels like a breath of fresh air for most users.

Once you go Steemit, you’ll wonder why you didn’t do it sooner.