South Korea’s national government has declared Andong (located in the Gyeongbuk province) as a “regulation-free” zone for blockchain development. The city is now a local free trade zone in which blockchain technology will be used for medical-grade hemp (cannabis) management and production. 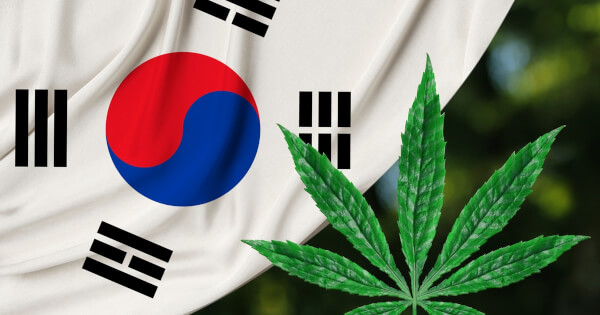 Lee Chul-woo, the Governor of Gyeongbuk province, said that the Andong region has become a “special free zone” to allow the industrial-grade production of hemp products. The creation of such a free zone is regarded as a significant development in boosting the region’s bio industry.

In order to make the project a reality, the South Korean government has had to ease the restrictive terms of a 77-year old narcotics law, in order to allow for the industrial-level production of cannabis in particular areas. All operations will be recorded and reconciled on a blockchain platform that is expected to be unveiled after the completion of the network infrastructure in Gyeongbuk’s free trade zone.

The South Korean government aims to use blockchain technology to monitor the hemp production system for transparency and safety. The blockchain platform would offer production line tracking solutions and classifying the products by categories of origin, quality, and final destination.

In the past, the old narcotics laws restricted its use to only seeds and textiles. But the latest amendment to the 77-year old law allows the creation of a high-value biomaterials market that would facilitate the industrialization and mass production of medical hemp.

The governor of Gyeongbuk province, Lee Chul-woo, said that the special regulatory zone intends to develop a rational industrial plan for narcotic drugs and that the city would grow more and as a result write a new history of surplus production.

South Korea calls the blockchain marketplace as a golden opportunity and strives to exploit the new technology. The government of South Korea has positioned itself as a key player in the country’s economic development by continuing to work hand-in-hand with private businesses to maximize the nation’s footprint in the blockchain market. The government’s budget is reported to include several blockchain-related projects. As a result, people in the financial and business world have expressed interest in blockchain. The new technology is now being utilized in several industries, like ensuring that diamonds are ethically sourced. The agriculture industry has seen a rise in the application of blockchain to track the origin of food products from farms to business stores.