Ethereum faced a flash crash on August 1, where it plummeted by approximately $90 from $415 in 5 minutes. 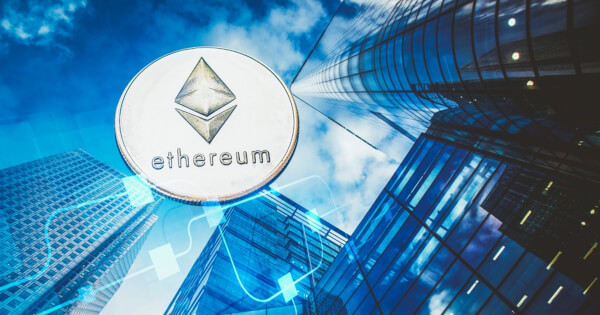 'Everything is Happening on Ethereum'

Eventually, it climbed back to $385 after 10 minutes, but the fluctuation in price value led to a mass liquidation of futures contracts.

What this translates to on the crypto market is that despite undergoing such a huge crash, Ethereum is still up by 50% within the last past 10 days, a phenomenon that has caused quite a stir among market experts and traders. Former Messari executive and cryptocurrency trader Qiao Wang took to his Twitter platform and addressed Ethereum’s recent bullish behavior to get to the bottom of Ethereum’s strength in pricing.

The majority of his followers seemed to feel that the reasoning behind Ethereum’s solid price performance despite its recent plummeting simply lay in the fact that “Everything is happening on Ethereum.”

Crypto Investors Are Positive About Ethereum

2020 has been a bullish year for Ethereum, up to now. Ethereum is ranked #2 by market capitalization, trailing behind the biggest cryptocurrency on the market, Bitcoin. Ethereum's market cap translates to $42.44 billion at the time of writing, with a 24-hour volume of $18.63 billion.

Also, Ethereum appears to be the first and the largest blockchain optimized for digital contracts. It dominates the scene for decentralized finance (DeFi) applications run on a public blockchain. It appears that across the board, the underlying market sentiment regarding Ethereum has been very positive.

With the ongoing pandemic and the global economic downfall, the silver lining seems to be that traditional market advocates are more willing to turn to cryptocurrencies such as Ethereum (ETH) and Bitcoin (BTC) as side investments. As the US is printing stimulus money by the bulk and the dollar is dropping, BTC and ETH have been surging.

Over the weekend, Bitcoin, Ethereum’s counter rival, also dove from $12,200, before rising back to a steadier $11,200. BTC has recently emerged from its slump, undergoing a surge last week and rallying with gold.