Sharding, pBFT and Linear Scalability - An Interview with Saiba Kataruka at Zilliqa 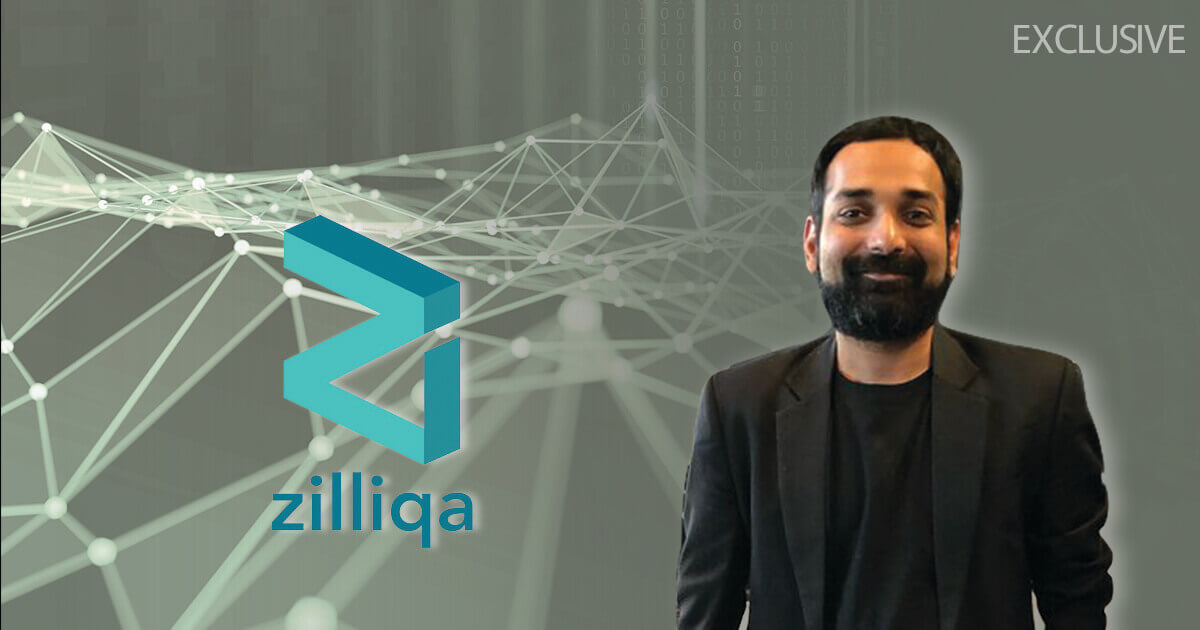 Saiba Kataruka is the Developer Market Lead at Zilliqa. He began his career as a consultant with IBM in the payment technology field for Asia and Europe. He joined Zilliqa based on his belief that blockchain and decentralization can improve the current social and financial structure.

Blockchain.News caught up with Kataruka for his insights on Zilliqa’s latest network update, the current climate in the cryptocurrency space and Zilliqa’s adoption of the practical Byzantine Fault Tolerance (pBFT).

Derived from a technique known as database sharding, Zilliqa has looked to leverage the technique on its blockchain as a scaling mechanism. In this case, the network is split into smaller divisions known as ‘shards’. Kataruka said, “By dividing the network into parts, the distributed labor allows multiple transactions to be processed in parallel, resulting in higher throughput and greater operational efficiency, while preserving decentralization and security. Similarly, transactions are also divided into smaller groups for each of these shards to handle. This approach enables Zilliqa’s network to scale as the number of participating nodes and transactions increase.” He noted, “Our founding team members first conducted research on blockchain scalability at the National University of Singapore and the resulting findings were eventually compiled into what is now our whitepaper.”

With the launch of their mainnet this year, Zilliqa became the first public blockchain and smart contracts platform to be built entirely on a sharded architecture. Kataruka said, “Recently, we launched Version 5.0.0, which is the first major upgrade to our network since our mainnet launch in January. The upgrade took roughly three months and will significantly improve smart contracts execution and transaction processing on the Zilliqa network.”

Zilliqa has found several advantages to using a practical Byzantine Fault Tolerance (pBFT) as a consensus protocol. With this model, Kataruka explained, “Zilliqa can allow for a mining scheme that is not computationally intensive when compared to existing proof-of-work (PoW) models, making it far more energy-efficient.” In pBFT, leaders are selected randomly from a select group of people every epoch, and they propose the solution. Katuraka said, “If say > 2/3 + 1 of the group agrees with the leader's solution, the resolution is passed and considered final, hence the deterministic finality. As such, this guarantees the absence of temporary forks and hence, required confirmations.”

The major difference between Zilliqa and the EOS way of using pBFT is the way in which they choose their group of validators. Kataruka outlined, “In the Zilliqa network, the validators are chosen randomly in an egalitarian manner, as long as you have the capital to amass the necessary hardware to run PoW and get a ticket of entry, you can participate.”

Instead of choosing just the usual 21 validators and calling it a day, Zilliqa chooses to elect 600 validators per shard as their research has shown it is an ideal number to prevent corruption of shards in this epoch before the next re-shuffling of the group of validators. Kataruka said, “The chances of getting (1/3 + 1) of the shard, in a 4-shard network, with 51% of the hash power, is one in a million. You can learn more about this in our blog post on our network design story.”

In the EOS or Stellar network, Kataruka explained, “The validators are chosen by the people, much like a republic, but instead of having one person one vote in a democratic republic, it is one token, one vote. Delegated Byzantine Fault Tolerance or as it’s also known as, federated Byzantine Fault Tolerance requires delegates to participate on the network under real identities in order to be elected, which limits the extent of anonymity in the network. As such, the blockchain is also somewhat regulated, resulting in a level of centralization as seen in other delegated models such as those in delegated Proof of Stake (dPoS).”

Since its inception, Zilliqa has been committed to addressing existing issues within blockchain architectures, be it scalability or security. In the case of the former, Zilliqa adopts linear scalability, which allows the network to process more transactions per second as more mining nodes join the network. This technically challenging feat has not been successfully replicated or adapted by many other existing blockchains.

Most blockchains do not yield higher throughput when the network expands. Rather, the rate of return decreases the larger the network gets. Kataruka explained, “For instance, when new miners join the Ethereum network, transactions have to be broadcast to them before being confirmed. This means that when more miners join a given network, data about each block has to travel a lot more before being part of the blockchain, making the network experience comparatively slower speeds.” To mitigate this issue, many platforms choose to restrict the number of participating nodes through a permissioned structure. However, none of those solutions allow for linear scaling in the way that Zilliqa does.

Price Not the Sole Indicator for Zilliqa

Since its inception, the Zilliqa’s token, Zil, has seen its return on investment (ROI) drop by 95%, according to CoinMarketCap, which has had an obvious impact on investor confidence.

In traditional markets, such a fall in ROI would be enough to abandon a project but Kataruka explained, “For a nascent digital asset, the cryptocurrency market is hardly at the peak of its maturity, posing different challenges and risks when compared to the traditional stock market. When taking into account that market movements are easily influenced by external factors ranging from regulatory shifts, the entrance of enterprise players, to general market sentiment, price is not solely determined by the technology or the work taking place behind the scenes.”

Kataruka believes that despite the many milestones and achievements that Zilliqa has made in aggregate since its initial token sale, the reality of operating in the crypto space is that price will not always reflect the work being done and the progress made. Kataruka advised, “Investors must be prudent to recognize there is more to project than its token in the same way that there is more to blockchain than cryptocurrencies as a means of speculation. At Zilliqa, our approach is to focus on the technology and to keep building––after all, these are the fundamentals that allow for projects to thrive in the long-run.”

Kataruka also noted that various websites offer different measures of ROI, with some such as CoinGecko stating that the current Zilliqa ROI is +260% (as of October 16, 2019). He counters the -95% drop in ROI highlighting that “In terms of ‘initial price’, our ZIL token sold for 0.00381 USD. Today, ZIL is valued at 0.00575 USD, making it higher than what it sold for during our token sale.”

Concluding part one of our interview, Kataruka stated, “Prices may fluctuate, but this guiding strategy of focusing on the technology and sound financial planning has helped us deliver on our promises to our community and to ourselves––even throughout the course of crypto winter. Be it a bearish or bullish market, this thinking will enable us to keep growing as we continue to collaborate with great talent across the industry and beyond.”