The United States government’s plan for its digital dollar or central bank digital currency (CBDC) may have just reached a new level of urgency, as the US hopes to maintain its most effective tool of power—global dependence on the Federal Reserve and the US dollar. 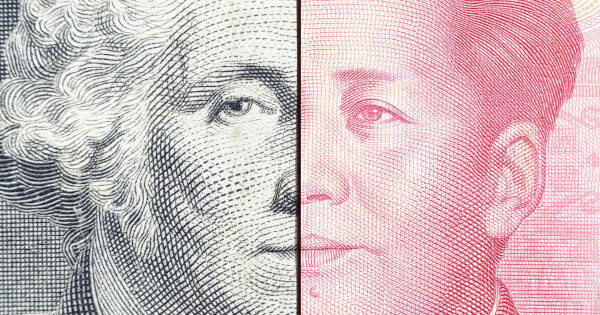 The US Senate Banking, Housing, and Urban Affairs Subcommittee on Economic Policy conducted a hearing on July 22, entitled—Winning the Economic Competition—which mainly focused on the rising economic power struggle between China and the United States.

The subjects being strategically discussed by the Senate focused on maintaining the US dollar’s dominance as the global reserve currency for the global economy as China’s influence continues to rise. The hearing featured five speakers who covered topic such as supply chain dependence and emerging technologies like 5G—with one speaker bringing the topic back to digital dollars.

While the previous hearings have had a major focus on what role digital asset could play in maintaining the economic status quo, cryptocurrency was referenced in this Senate hearing as one of the many tools that could maintain US economic supremacy.

Christopher Giancarlo, Former Commodity Futures Trading Commission (CFTC)  Chairman was in attendance in Wednesday’s Senate hearing and he turned the subject to digital dollar experimentation and the necessity to begin pilot programs to to test the uses of a Federal Reserve issued tokenized dollar.

Subcommittee Chair, Senator Tom Cotton (R-Ark) believes the idea of a digital dollar has moved beyond just academic discussion and asserted that CBDC development should be escalated—adding that is needs to be “better than Bitcoin.”

“Maintaining the dollar’s supremacy is not only an economic matter, it is a critical strategic matter as well. Is what allows us to have such effective sanction regimes around the world as well as other benefits.”

Cotton then invited Giancarlo to discuss the next steps required before a digital dollar could be launched. Crypto Dad, as Giancarlo is sometimes referred to due to his openness to innovation, went on to emphasize the issue of which nation’s values will define the global reserve currency. The United States dollar has enjoyed this status for the better part of a century. Giancarlo warned that China may gain the edge in the near future as it is in the process of rolling out its digital Yuan while the US is far behind in development.

Witness to the hearing, Walter Russell Mead, the James Clarke Chace Professor of Foreign Affairs and Humanities at Bard College and a member of the Hudson Institute, lent his support to the Senator Cotton’s argument. He asserted that the US Federal Reserve System is one of the nation’s “most effective tools of power.”

On the evolution of the dollar to meet the digital landscape, Mead said:

“We have to assume that as the nature of finance changes, the nature of currencies change, we have to stay at the leading edge…we need to be thinking actively about how the dollar can be a fundamental building block for economic activity in this time of the information revolution."